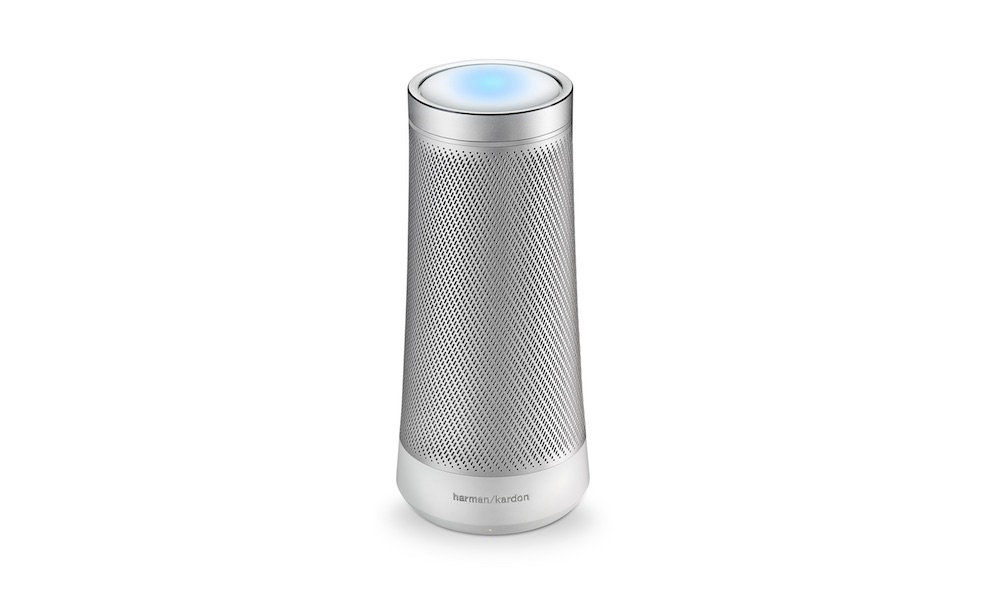 Harman Kardon introduced a smart speaker with Cortana by Microsoft. The $200 voice assistant wireless speaker functions mostly like an Amazon Echo, but with the artificial intelligence of Microsoft behind it instead of Amazon. Both are about the same height, but out of the gate Invoke beats Echo on sound quality. However, Amazon is the current leader in functionality and integration with other devices.

Invoke is outfitted with HARMAN’s SONIQUE far-field voice recognition technology. It uses proprietary 360-degree adaptive technology (featuring 7 microphones) that recognizes all details of voice commands even in environments with high ambient noise. It uses HARMAN’s beam forming, echo cancellation, and noise reduction algorithms to ensure Cortana can hear you, even in challenging environments.

Invoke, with Cortana, is a voice-activated speaker that can play your favorite music, manage calendars and activities, set reminders, check traffic, deliver the latest news and much more. It is the first of its kind to feature Skype integration, allowing users to make and receive hands-free calls. With Skype you can make calls to cellphones, landlines and other Skype-enabled devices. You can also control your smart home devices using voice to do things like turn out the lights or control the temperature.

Cortana boasts natural language recognition and deep integration with Microsoft’s suite of knowledge and productivity tools, helping the user stay productive whether at home, the work place through a Windows 10 PC or on the go with a mobile device. What’s also interesting is Cortana’s voice sounds more human-like and less robotic than Alexa. Of course, we’d expect both AI’s to improve over time. 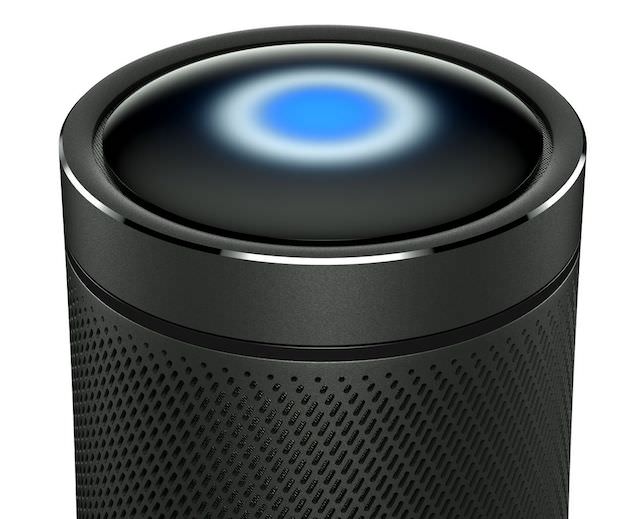 Harma Kardon has crafted Invoke with a nice looking metallic cylindrical speaker cabinet. It houses 3 woofers and 3 tweeters with 2 passive radiators tuned to give a solid bass performance from a small enclosure. Owners can expect richer room filling 360-degree sound over Echo. In addition, Invoke is equipped with easy to use features, like a ‘touch to surprise’ user interface panel at the top of the speaker, interactive Cortana lighting, and intuitive buttons.

Price and Availability
Harman Kardon Invoke with Cortana by Microsoft will be available in the USA only at select retailers and Microsoft Stores in fall 2017 for about $200 in Pearl Silver (White) and Graphite (Black).

Set up requires Cortana app for Windows 10 PC or phone, Android or iPhone (requires Android version 4.1.2 or higher, or iPhone 4 with iOS 8.0 or higher.