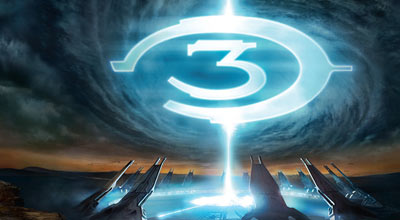 Microsoft Game Studios and Bungie Studios confirmed the multiplayer beta of “Halo 3” will debut to audiences worldwide via Xbox LIVE on May 16 at 5 a.m. PDT and run through June 6 at 11:59 p.m. PDT. Coming exclusively to the Xbox 360™ console this fall, “Halo 3” is the highly anticipated third chapter in the groundbreaking “Halo” trilogy from legendary developers Bungie. “Halo 3” lets gamers experience Master Chief’s greatest battle as he launches an epic mission to stop the Covenant, destroy the impending Flood threat and ultimately save mankind.

Made possible through Microsoft Corp.’s Xbox LIVE gaming and entertainment network, which provides a robust online service for more than 6 million gamers worldwide, the multiplayer beta for “Halo 3” will give anxious Xbox 360 gamers their first opportunity to get their hands on the new levels, weapons, vehicles and game types, as well as a chance to provide valuable data that Bungie will use in continued development. Starting May 16, gamers who secured their admission to the multiplayer beta either through the “Rule of Three” promotion or by purchasing a specially marked copy of “Crackdown™” for Xbox 360 will be able to don their Spartan armor, download the beta on Xbox LIVE, and jump online using their Xbox LIVE Gold account* to battle other gamers from around the world.

When gamers gather online to play the multiplayer beta via Xbox LIVE in May, they will be treated to three richly detailed, action-oriented maps: Snowbound, High Ground and Valhalla, which represent a mixture of large- and medium-scale combat environments and are brand-new to “Halo 3.” Each map will test gamers’ mettle as they are placed behind the controls of new “Halo 3” vehicles such as the agile Mongoose all-terrain vehicle, and armed with deadly weapons such as the new and improved Assault Rifle, the ferocious Brute Spiker, the devastating Spartan Laser and the treacherous new Spike Grenades. This is just a taste of what gamers will experience later this fall when “Halo 3” goes on sale.

“Halo: Combat Evolved and Halo 2 changed the face of console gaming forever,” said Shane Kim, corporate vice president of Microsoft Game Studios. “Gamers from around the world have logged more than 800 million hours on Xbox LIVE playing ‘Halo 2,’ and years after its launch it remains the No. 1 title on our Xbox LIVE network. Bringing an early look at the multiplayer elements of ‘Halo 3’ to our passionate fan base is tremendously exciting for us.”

Gamers worldwide who did not participate in the “Rule of Three” promotion but are interested in joining the multiplayer beta of “Halo 3” can still participate through the purchase of the critically acclaimed Xbox 360 title “Crackdown,” which was launched in February. “Crackdown” sets players loose in a free-form, persistent city for action-packed crime fighting that requires a bigger, faster and stronger hero that evolves as a more efficient weapon through continued gameplay. Each copy of “Crackdown” has been specially marked with a “Halo 3” beta sticker prior to the beta period, and starting May 16 the game will act as a key for gamers to download and participate in the “Halo 3” multiplayer beta.

In addition, gamers who can’t wait for the multiplayer beta this May can get an even earlier look at “Halo 3” with a new, behind-the-scenes video feature available at http://www.bungie.net and in high definition over Xbox LIVE Marketplace. Starting today, viewers can go behind the scenes at Bungie Studios to learn about the people, technology and process that are making “Halo 3” an unforgettable multiplayer experience, and to get a taste of what to expect from the upcoming “Halo 3” multiplayer beta. The latest multiplayer video documentary, titled “Is Quisnam Protero Damno!,” will offer a glimpse at how “Halo 3” multiplayer maps are being designed, built and architected, and how these amazing spaces are converted into fun places in which to play. Gamers can also catch the first-ever glimpse of brand-new “Halo 3” multiplayer levels in their early stages of evolution and construction.

About Bungie Studios
Bungie Studios was founded in 1991 with two goals: to develop games that combine brilliant technology, beautiful art, intelligent stories and deep gameplay, and then sell enough of those games to achieve its real goal of total world domination. Over the past 10 years it has produced games such as the “Marathon Trilogy” and the first two “Myth” games, hailed as classics by critics and gamers around the world. Bungie’s “Halo” franchise is an international award-winning action title that has grown into a global entertainment phenomenon, selling more than 14.7 million units worldwide, logging over 800 million hours of multiplayer action on Xbox LIVE and spawning action figures, books, a graphic novel, apparel and more. Bungie is currently at work on “Halo 3,” which represents the third chapter in this “Halo” trilogy and is slated for release in 2007. More information on Bungie can be found at http://www.bungie.net.

About Microsoft Game Studios
Microsoft Game Studios is a leading worldwide publisher and developer of games for the Xbox and Xbox 360 video game systems, the Windows operating system and online platforms. Comprising a network of top developers, Microsoft Game Studios is committed to creating innovative and diverse games for Windows (http://www.microsoft.com/games), including such franchises as “Age of Empires,” “Flight Simulator” and “Zoo Tycoon”; Xbox and Xbox 360 (http://www.xbox.com), including such games as “Gears of War” and franchises such as “Halo,” “Fable,” “Project Gotham Racing” and “Forza Motorsport”; and MSN Games (http://www.games.msn.com), the official games channel for the MSN network and home to such hits as “Bejeweled” and “Hexic.”