In a nearly mirror image of Q1’09 results, global TV revenues fell 12% Y/Y to $23.7 billion while shipments declined slightly less, down 8% Y/Y to 44.6 million units according to the latest results from the DisplaySearch Quarterly Global TV Shipment and Forecast Report. Not all technologies fared equally though as LCD TVs continued to post remarkably strong unit growth, while all other technologies showed Y/Y declines in units. However in revenue terms, all technologies were down Y/Y as the marketplace remains impacted by frugal consumers looking for the lowest prices amid the global economic downturn.

Globally, flat panel TV share jumped from 68% in Q1’09 to 74% in Q2’09 as LCD TV price erosion continued at the same annual pace as Q1’09, falling 22% Y/Y on average. LCD TV market share increased as a result from 62% to 67%, acquiring nearly all that market share in a rapid shift from CRT to LCD in China as well as a big increase in North America market share from better than expected sell-through. Despite tight supply conditions for LCD panels in Q2’09, LCD TV shipment growth managed to maintain the same pace as Q1’09, rising 27% Y/Y to 30 million units although revenues fell 1% Y/Y. Plasma market share increased about half a percent to 7% while CRT share plummeted from 32% to 26% on a unit basis. Both North America and China reached record shipment levels.

North America dramatically took back the top position among global regions for TV shipments on a unit basis while reaching more than 10 million units shipped for the quarter. North America reclaimed the crown from China where unit shipments fell 10% Q/Q and 14% Y/Y, mostly on a large decline in CRT TV unit volume that wasn’t entirely made up by surging LCD growth. Western Europe continued to experience weakness with total units declining 3% Y/Y and was overtaken for the #3 market position by Asia Pacific. A review of global TV shipment performance by technology can be seen in Table 1:

On a brand basis, Samsung remained the global brand share leader in revenues for the 14th straight quarter, rising to a record revenue share of 23.0% and also hitting a record unit share of 18.2%. LGE remained #2 after surpassing Sony in Q1’09, slightly increasing their revenue share to 13.7% with small share gains in both LCD and plasma offsetting a decline in CRT share. Sony held the #3 brand position worldwide in revenues, although losing a little more than a point of share.

Samsung reclaimed the top LCD unit share position from Vizio in the highly competitive North America market. Vizio fell to #2 on a unit basis in LCD TV for North America, but continued to see strong growth from a year ago with distribution in the growing discount channels like Walmart. Funai, which includes the Philips and Magnavox brand in North America, surpassed Sony and rose to #3, having the strongest Q/Q unit growth among the top five North America LCD TV brands. Funai is prospering from close strategy alignment with discount channels and more frugal consumers.

China remains a very competitive market as well, one dominated by domestic brands. The top five LCD TV brands in China on a unit basis are all Chinese and collectively account for nearly three-quarters of all units shipped to the region in Q2’09. Skyworth was the top LCD TV brand at nearly 20% unit share, but was followed closely by Hisense at #2. TCL rounded out the top three with 15% unit share. Many foreign brands are eager to gain a foothold in China’s rapidly growing market, but must compete with lower-cost Chinese brands to do so. Chinese consumer demand is currently being boosted by several government stimulus programs and TV brands are eager to participate, especially domestic brands. A complete review of the top five global TV brands can be seen in Table 2:

About DisplaySearch
DisplaySearch, an NPD Group Company, has a core team of 50 employees, located in Europe, North America and Asia, who produce a valued suite of FPD-related market forecasts, technology assessments, surveys, studies and analyses. Visit the DisplaySearch blog to read about how our top analysts are interpreting up-to-the-minute issues that impact the display industry, and join us in this discussion about technology and the flat panel industry. The company also organizes influential events worldwide. Headquartered in Austin, Texas, DisplaySearch has regional operations in Chicago, Houston, Kyoto, London, San Diego, San Jose, Seoul, Shenzhen, Taipei and Tokyo. 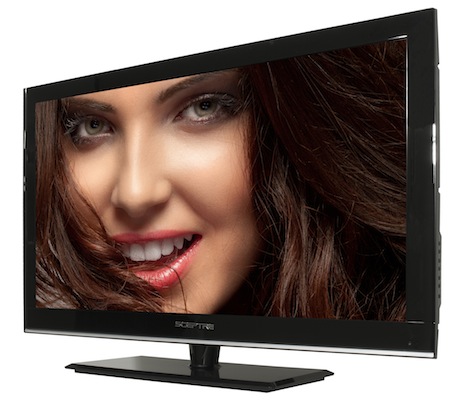