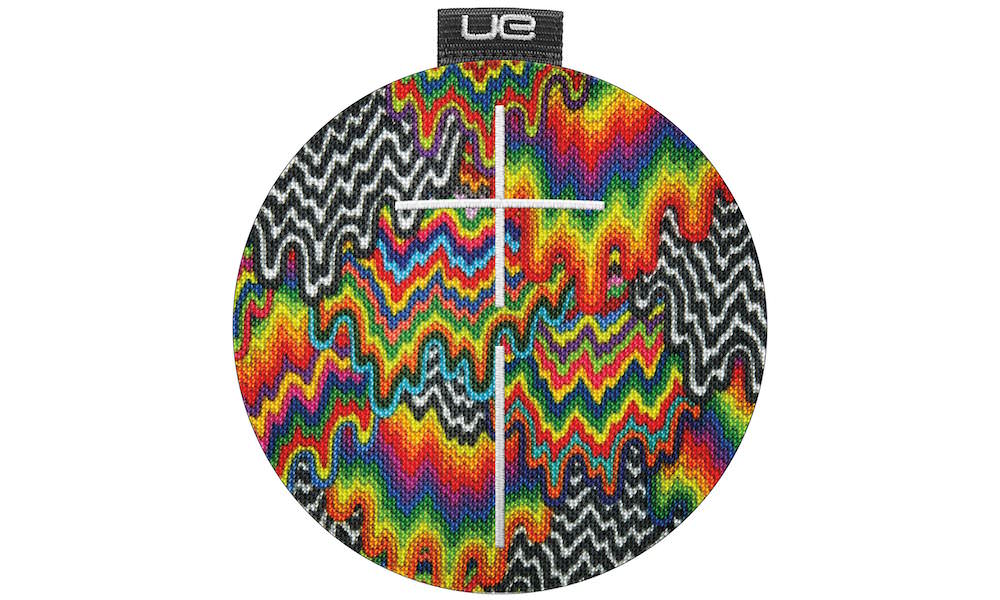 Ultimate Ears announced their first artist edition of the UE ROLL 2 portable, waterproof Bluetooth speaker. The new psychedelic colored model is called the Drippy UE ROLL 2, designed by renowned American artist Jen Stark. It is exactly the same as the UE Roll 2, which debuted two months ago, except in a new color.

The disc shaped wireless speaker is a small, durable and waterproof with a 100 foot Bluetooth range. Although it doesn’t float, an inflatable donut is provided so it can float around with you in the pool.

Created to celebrate the relationship between movement and sound, the limited edition Drippy UE ROLL 2 was inspired by prismatic colors and nature. Using her vivid imagination to transform materials into fantastic, intricate works of art that mesmerize the eye, Stark’s Drippy UE ROLL 2 patterns mimic the repetitive layers of plants, as well as the geometric framework she finds in the universe. In her work, she explores the juxtaposition of contrasting colors and repetition that give the impression of movement and vibration.

“There’s no doubt that music brings movement to a moment,” Stark said. “For this ‘Drippy’ design, I wanted to give the impression of sound becoming an oozing liquid, dripping down the surface of the speaker and leaving its mark on a moment.” 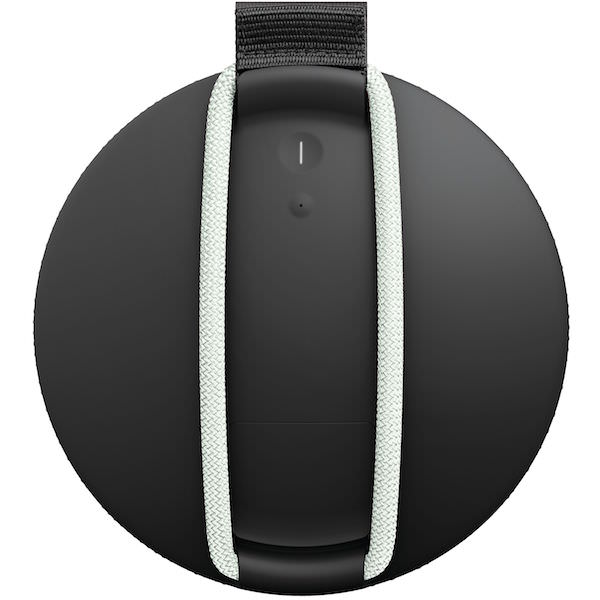 Thanks to the speakers’ fabric skin, Ultimate Ears has been able to create more than 50 artist and custom-edition speakers – an unmatched level of customization. In addition, Ultimate Ears speakers provide insane personalization features through the app, such as sharing DJ capabilities with your friends and tailored sound levels to fit your preferences.

“Jen’s works of art are undeniably one-of-a-kind and in line with Ultimate Ears – her work is at the forefront of pop-culture and a statement of expression,” said Charlotte Johs, general manager of Ultimate Ears. “Your favorite song can captivate your ears, as Jen’s colorful creations captivate your eyes. Bringing the two together as Drippy UE ROLL 2 is the perfect marriage of sound and sight.”

Stark’s designs can be seen in a variety of venues from the Smithsonian American Art Museum’s Permanent Collection, to the 2015 MTV Video Music Awards, to Miley Cyrus & Her Dead Petz’s “Lighter” music video and, now, on the acoustic skin of UE ROLL 2. 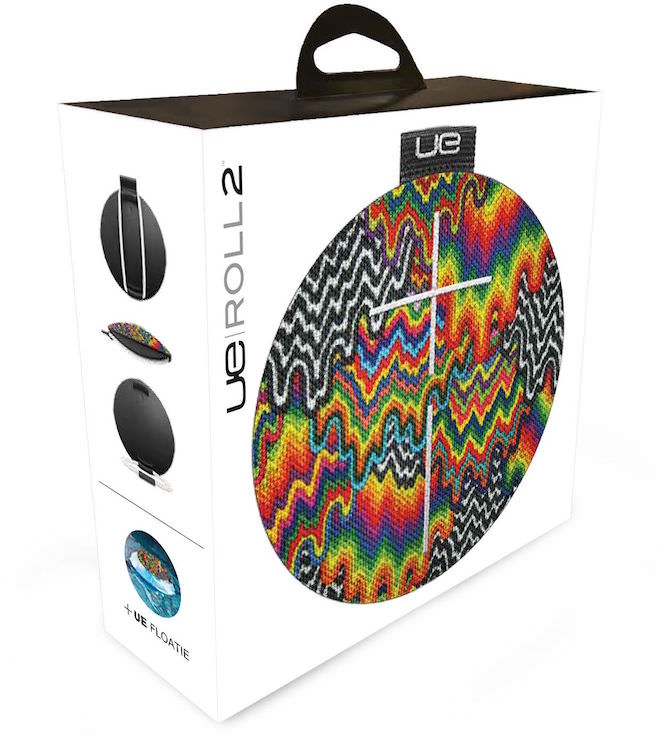 Pricing and Availability
A limited number of Drippy UE ROLL 2 Limited Edition speakers are expected to be available in North America, Australia and select countries in Europe beginning July 2016 for $99.99. The original UE ROLL 2 is available in 7 other colors and also costs the same. 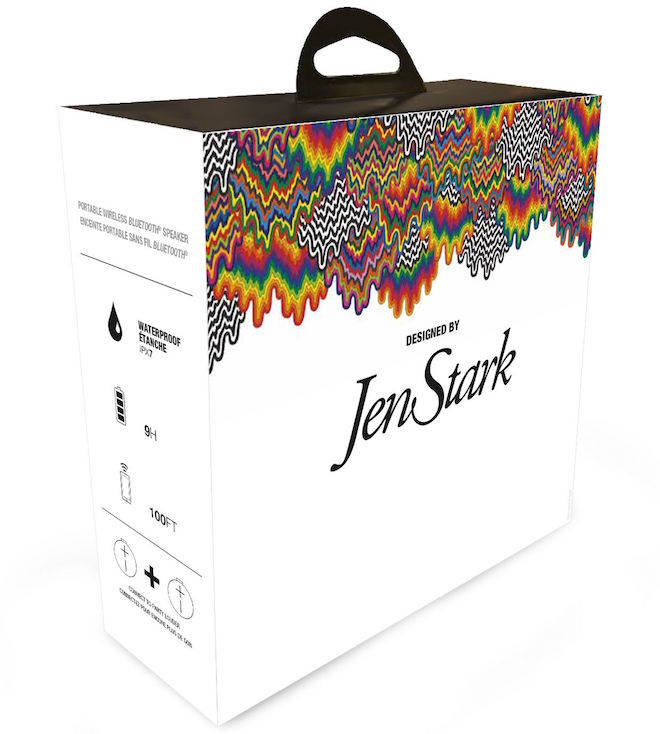 About Jen Stark
American artist Jen Stark was born in Miami, Florida in 1983 and received her BFA from Maryland Institute College of Art in 2005, majoring in ­fibers with a minor in animation. Although Stark is most recognized for her paper sculptures, she has explored a variety of media including wood, paint, plexi and animation. Stark has exhibited globally with major shows in NYC, Los Angeles, Miami, Washington DC, Chicago, Seattle, Thailand and Canada. Her work is included in the Smithsonian American Art Museum’s Permanent Collection, The Goldman Collection, the West Collection, the Microsoft Art Collection, Crystal Bridges Museum of American Art, the Museum of Art Fort Lauderdale and the Museum of Contemporary Art Miami among others. Stark lives and works in Los Angeles.

UE Roll 2 — The little speaker that packs a punch, and more

UE Roll 2 Speaker — Booming for the Beaches and BBQs

Expert Reviews (UK)5 years ago
You Are Here 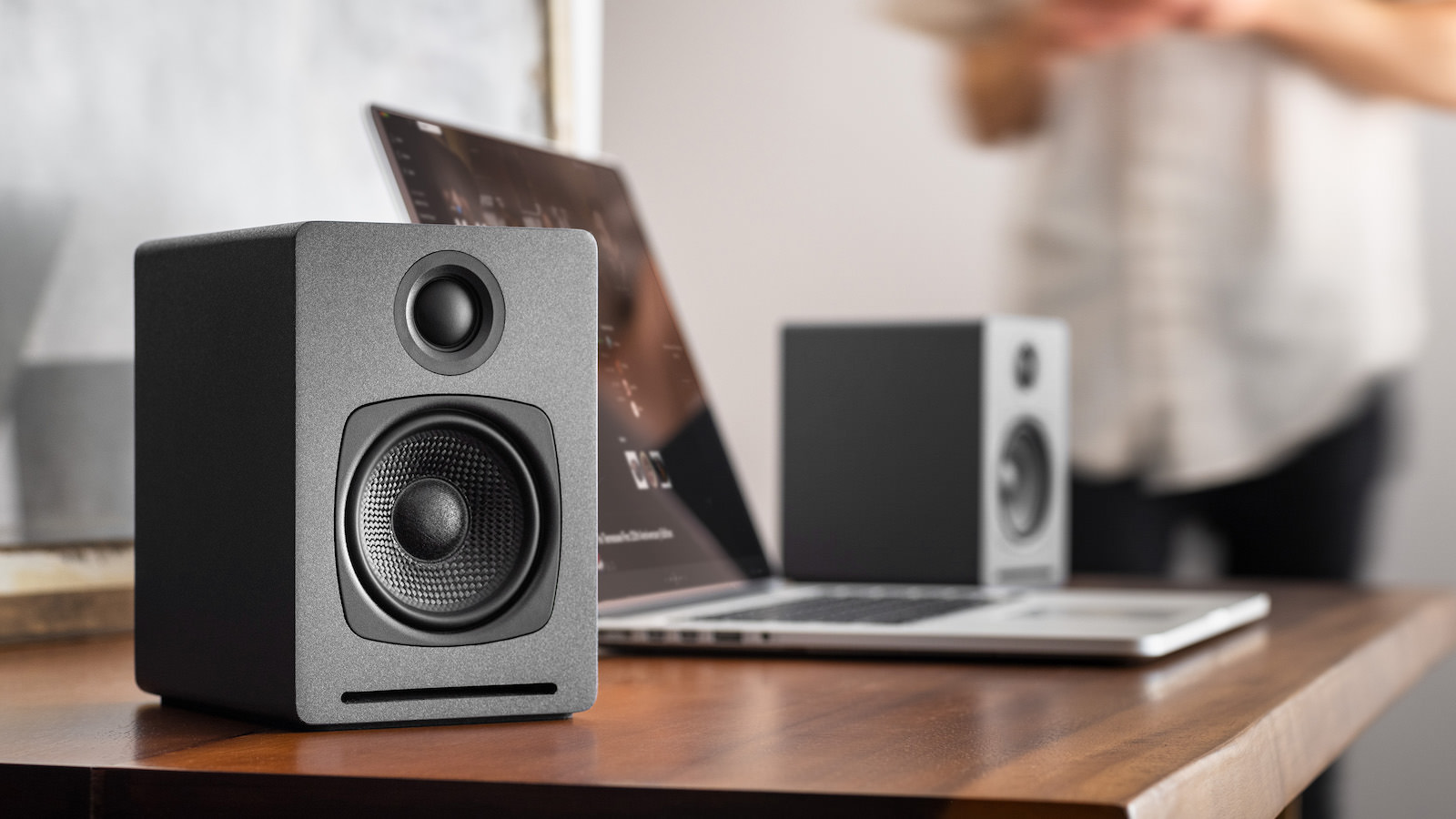 At $199/pair, the A1 Bluetooth Stereo Speakers are a more affordable version of the Audioengine A2+ wireless speakers which share the same drivers.