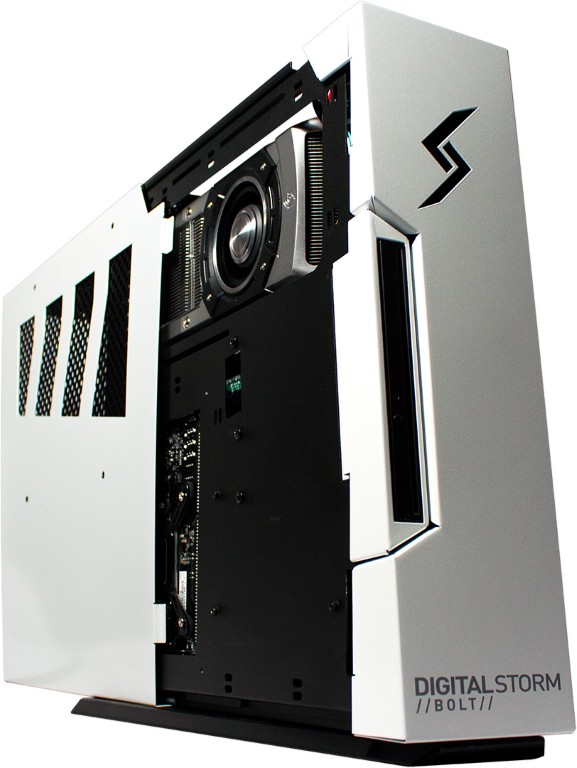 The Bolt’s unique ventilation system differentiates it from all other small form factor PCs, making it one of the only systems in its class able to handle the powerful GTX Titan. The custom designed chassis features vents near each critical component, large top and rear vents to eliminate any stagnant air inside of the system, and a dedicated air channel created by a slotted side vent to cool the power supply. The design delivers industry leading thermals and ultra-quiet operation.

Price and Availability
The Digital Storm Bolt Titan Edition is available now at www.digitalstormonline.com and starts at $2,499.

About Digital Storm
Founded in 2002, Digital Storm has rapidly emerged as the predominant name in system integration. With expertise in gaming and workstation PCs, Digital Storm’s mission is to deliver its customers bleeding edge technology and performance, coupled with rock solid stability and support.  As a validation of Digital Storm’s success, the company has maintained an “A+” rating with the Better Business Bureau and its systems have received the industry’s most prestigious awards.