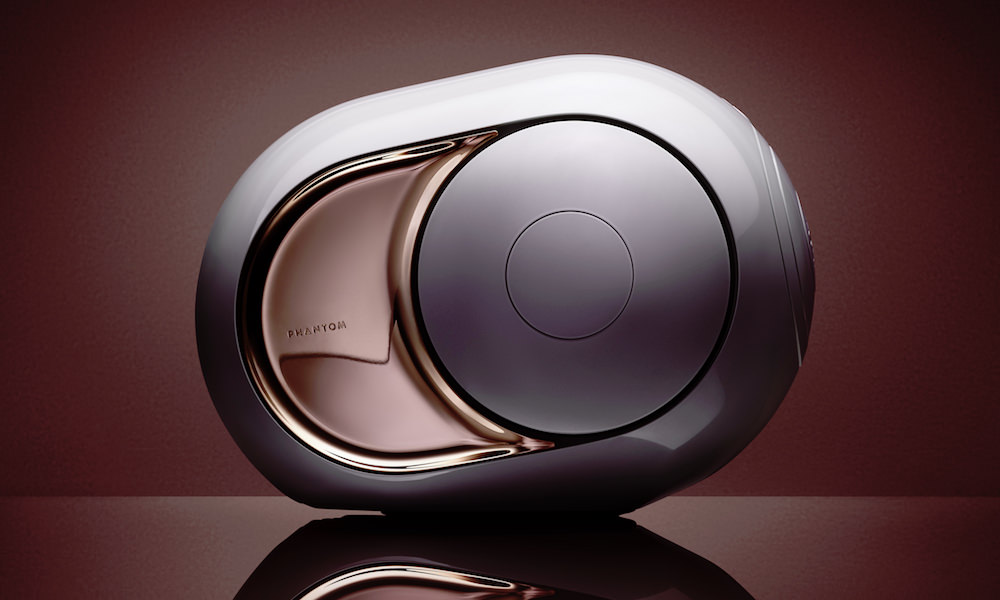 Devialet today announced Gold Phantom, which claims to be the most extreme self contained speaker ever made. It boasts a maximum volume of 108db SPL — equivalent to a live rock concert — enabled by 4,500 Watts of peak power with a ultra-low THD (Total Harmonic Distortion) level of .0005%. On top of that, it is said to play sounds beyond the human range of hearing (14Hz – 27kHz), which is actually bat territory. 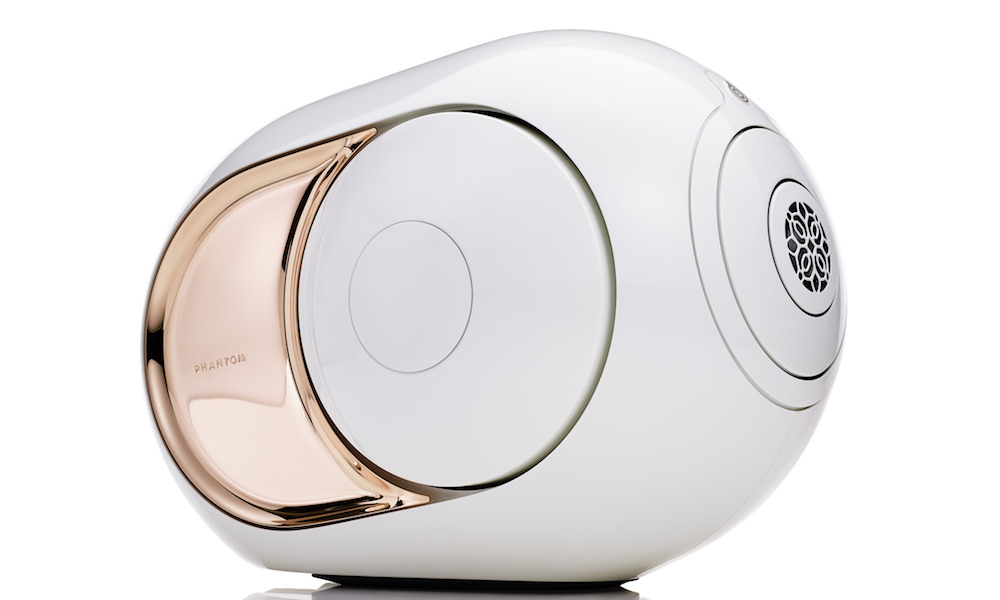 All Devialet Phantom speakers are exactly the same size and weight 25 lbs (11.4 kg) and stand less than a foot tall. All models include built-in wireless Bluetooth, but the Gold model adds AirPlay. The major difference among models is the amplification and the maximum volume. The original Phantom achieved 99 dB SPL at 1 meter, Silver bumps it up to 105 db, and Gold hits 108 dB — the equivalent to sticking your head next to a running chainsaw (please don’t try). Yet, because sound doubles in volume every 10 dB, one could argue the Gold could play music almost twice as loud as the original Phantom. I haven’t heard any model yet, so I can’t say what is perceived, other than report back the specs. 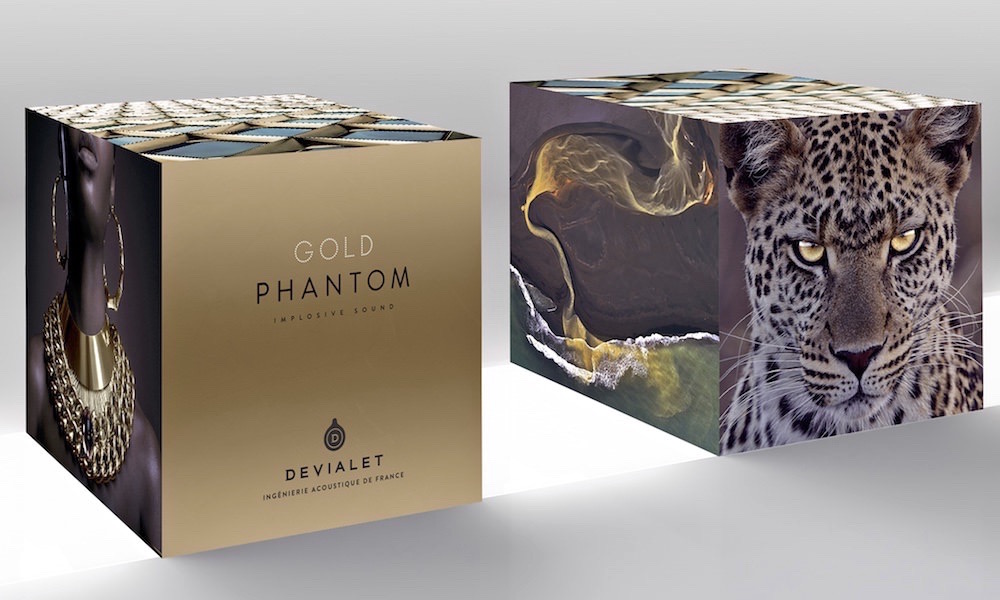 Price and Availability
The Devialet Gold Phantom will be available at a retail price of $2,990, with pre-orders starting today on www.devialet.com and shipping beginning (appropriately) on Bastille Day, the 14th of July 2016. 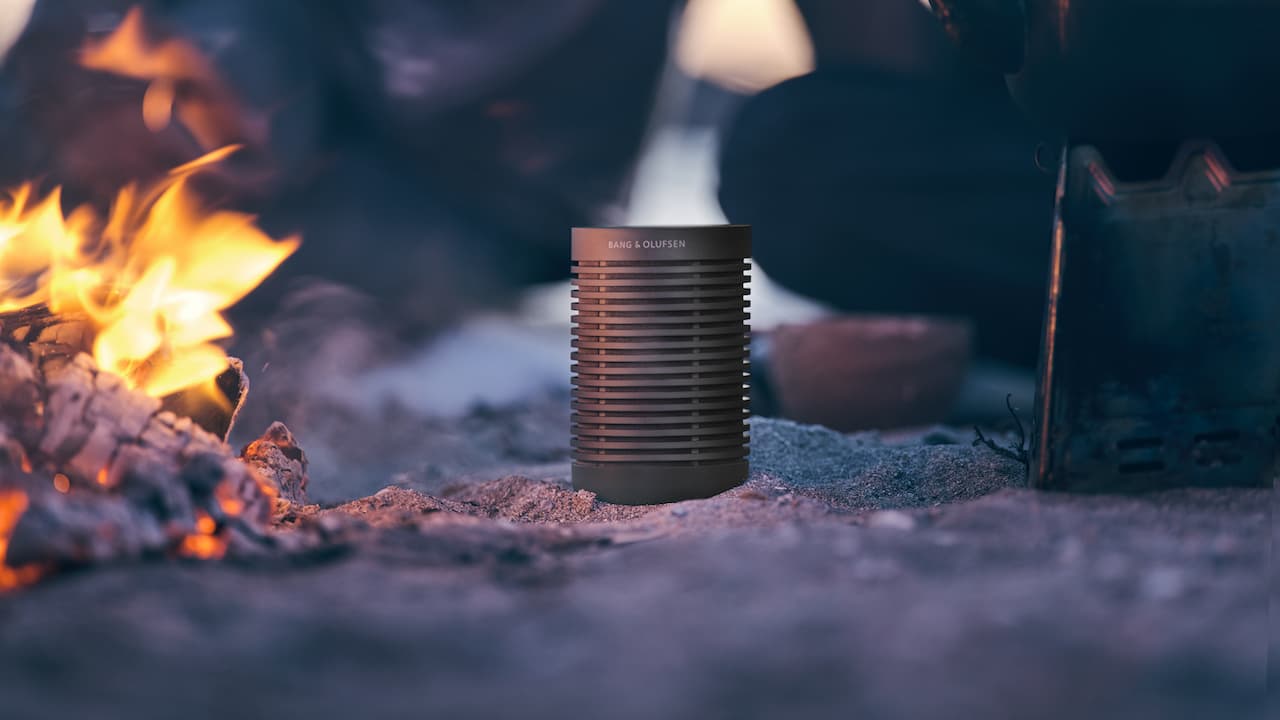 The Bang & Olufsen Beosound Explore is a tough and robust portable speaker created for adventure, helping you reach your peak with sound by...

The Best Wireless Speakers 2021: High-End Speakers For Every Budget

What are some of the best wireless speakers on the market worth considering? Here are our picks from Sonos, KEF, PSB, and more.