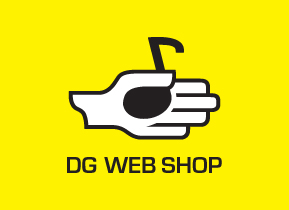 Tuesday 18 December 2007: – Deutsche Grammophon (DG) today announces impressive interim download figures following the launch of its DG Web Shop (www.dgwebshop.com). As a division of Universal Music Group, it was the first major record label to make the majority of its large catalogue available for download online and the response has mirrored the demand that was believed to be out there.

According to Deutsche Grammophon, in DG Web Shop’s first week it saw two million page impressions and 85,000 unique visitors to the site resulting in 50,000+ music downloads. These visitors came from all over Europe, the US, Asia and South America. The top five countries being the US, Germany, UK, France and Switzerland, respectively.

The landmark move from Deutsche Grammophon comes at a time when many are predicting a resurgence in the popularity of classical music. This, combined with the phenomenon that is digital downloading, makes for a desired and much needed offering.

Michael Lang, President of Deutsche Grammophon, commented on this growing trend: “The uptake of portable mp3 players combined with the convenience of online shopping has driven market development opportunities for classical music, making it accessible to whole new audiences. This is a genuine cultural shift, and it’s set to grow – the future will see digital and mobile music revenue offsetting the fall in CD sales.

Lang continued, “Digital delivery channels are driving music consumption to its highest ever levels as consumers demand access to music in more ways than ever. We’re also seeing a growing number of entry points for classical music virgins, who can now access the genre via multiple channels including TV adverts, classical music radio stations, compilations and feature films. Classical music is growing in popularity, and over the coming years we can expect to see it grow even more as it’s embraced by the iPod generation.”

As of today and in time for Christmas, the DG Web Shop will introduce the feature of gifting downloads (albums, works, tracks) as presents to friends and family and the first 1000 customers to download an album will receive a free bonus album download of The Greatest Classical Christmas.

Also, from 27th December the DG web shop will introduce its first sales promotion, with the top 100 albums available, for a limited time only, for download at a 20 per cent discounted rate.