Denon Electronics announced the AVR-4311CI Audio/Video Receiver ($1,999) will be available in September.

The 9.2-channel Network AVR-4311CI includes a host of today's most advanced audio/video features. It is one of the world's first A/V receivers, for example, to include Audyssey MultEQ XT 32 Room Correction, with 32 times the resolution quality of the current MultEQ XT system. With the addition of Audyssey's new Sub EQ HT, the AVR-4311CI will provide users with the highest level of audio playback quality even in the most demanding of listening environments. Dolby Volume has also been added to help control the often annoying spikes in audio playback from commercials or program changes.

The AVR-4311CI includes seven HDMI inputs and two parallel HDMI outputs, including a single front-panel HDMI input for added convenience. The highest resolution audio decoders are provided, including Dolby TrueHD and DTS-HD Master Audio for the ultimate in audio fidelity. Audyssey DSX and Dolby PLIIz are on board as well, with multiple amplifier setup options to allow for almost any system configuration.

“Pre Amp Mode” for Added Flexibility and Enhanced Performance
The AVR-4311CI is the first Denon A/V receiver to feature “Pre Amp Mode,” which allows integrators and consumers to configure it as a true pre-amp/processor. The AVR-4311CI features pre-amp outputs that allow users to add external amplifiers. In this scenario, however, the internal amplifiers would normally still be active, generating heat and consuming power. The AVR-4311CI's Pre Amp mode solves this problem by disconnecting the external amplifiers from the power supply section, thereby allowing all other operating components to receive the purest power and also eliminating any chance of “noise” from the amplifier section infiltrating and potentially degrading the audio/video paths. The innovative Pre Amp Mode also provides an optional setting in which selected amplifier channels may also be configured for multi-zone use, while the main zone amplifiers are shut down.

Notably, to enhance video quality, analog and digital video sources are upconverted via Anchor Bay Technologies VRS processing to HD quality (up to 1080p/24/60). Like all new Denon CI models, the AVR-4311CI features built-in HD Radio for dramatically improved fidelity. It also incorporates the advanced DENON Link 4th, featuring HDMI Clock Control — when using the HDMI interface for A/V output for Blu-ray playback in combination with Denon Link, Clock Jitter Control gives the Master Clock and Jitter reduction to be handled by the connected Denon A/V Receiver/Processor. Maximum compatibility with today's home entertainment source components is a priority in all Denon CI receivers, including the Apple iPod and the iPhone. To this end, the AVR-4311CI features iPod Digital Direct via USB, which is also 'Works with iPhone' certified.

Features Geared Toward Custom Integrators
The AVR-4311CI receiver offers the advanced performance, reliability and ease-of-use that is vital to custom integrators. Responding to integrators demands for receivers that offer easier and more comprehensive connectivity and control, it features a host of leading-edge “connected home” capabilities made possible through Denon's partnerships with control manufacturers such as Crestron, AMX, Control4, Universal Remote Control and RTI. Notably, in a first-of-its-kind move for the company, Denon is now creating (and publishing on its dedicated CI Portal) its own complete Crestron remote control modules, allowing installers to quickly and easily open a control interface and simply “drag and drop” the specific programming tools they need to create fully connected total home systems.

Custom integrators will especially appreciate the AVR-4311CI's Ethernet connectivity, which offers them IP control as well as the ability to efficiently conduct system setup and maintenance from a remote location — even allowing Denon's CI-certified custom integrators to potentially diagnose and fix a customer's problem from their office. Furthermore, responding to the growing consumer demand for ways to incorporate more personal content and content from Internet sources into their home entertainment systems, Denon's AVR-4311CI and AVR-3311CI receivers now allow users to stream both the free Pandora and Flickr services, as well as stream audio and photos directly from their PCs, choose from over 7,500 Internet radio stations and connect to the subscription-based Rhapsody and Napster music services. Users can also stream and listen to music stored on a Windows PC, Mac and media server products or NAS devices supporting the DLNA standard.

Recognizing the demand for receivers capable of delivering audio and video to multiple zones within the home, the AVR-4311CI offers three-zone, three-source capability, including all streaming network audio sources and the iPod/iPhone when connected via the USB port. Other key custom-integration features IP and RS-232 connectivity for 3rd Party controllers and assignable high current DC trigger outputs. Additionally, Audyssey MultEQ Pro Calibration provides custom integrators with the ultimate tool for tailoring the sound to the specific acoustical need of any room.

Intensive CI Support Program
Building on its longtime commitment to professional custom integrators, Denon recently expanded its highly successful CI Certification program, providing more back-end support services. Denon is launching more initiatives in support of professional integrators, and at its heart is the company's expanded CI Certification and training program, which includes a uniquely valuable CI Web information portal for certified integrators that now includes over 3,000 registered members and growing. Further reflecting its CI commitment, Denon is also announcing that integrators will now be able to benefit from a longer 3-year warranty with the new Denon receivers from the AVR-2311CI and up. See the Denon 2010 A/V receiver comparison chart. 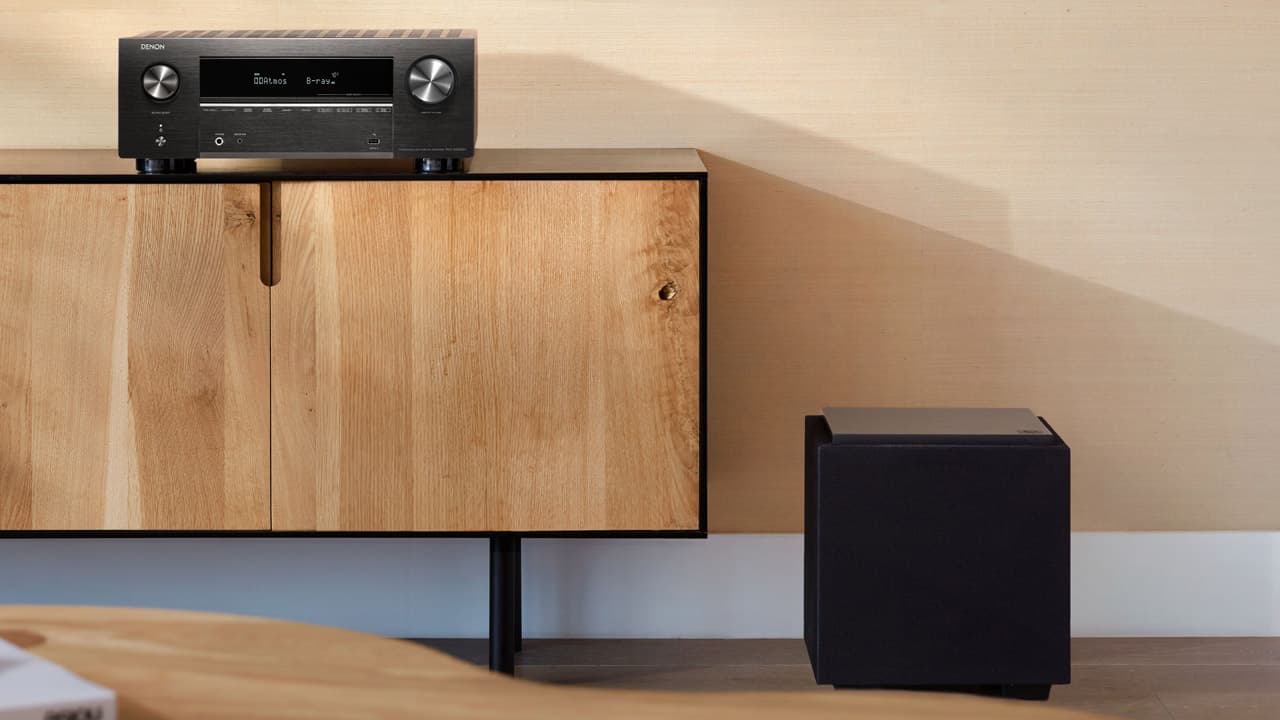