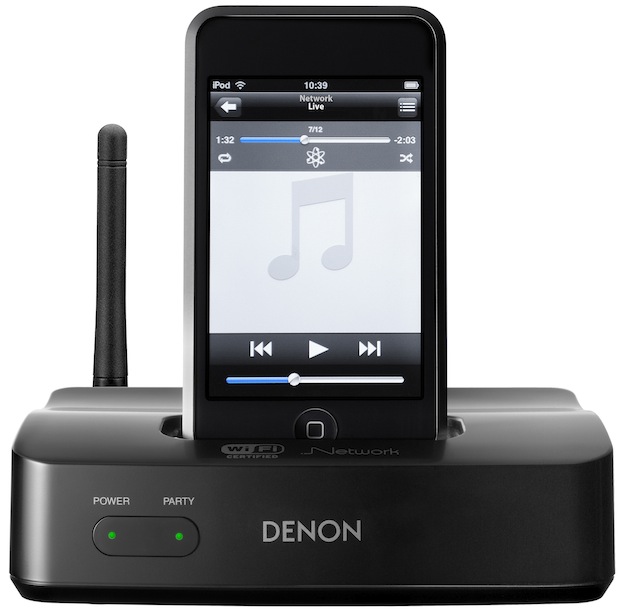 Denon Electronics announced the availability of two new Network-Enabled iPod Docks, models ASD-51W and ASD-51N, both with Apple iPod command and control, as well as a host of new capabilities and features.

Connectivity to Rhapsody and Napster Music Services
Building on the capabilities and benefits of Denon’s predecessor ASD-3N/W models, the ASD-51N and ASD-51W add exciting new features that give users an even greater level of network connectivity to many A/V components, including A/V receivers, video display products and single speaker solutions, allowing them to stream audio files, pictures, Internet radio stations and more through the connected devices*. Notably, both new devices let users stream music from Internet Radio sources, as well as provide connection to Rhapsody and Napster music services (subscription required) and other network attached storage devices. As with the ASD-3N/W, the devices recharge the iPod while in dock. 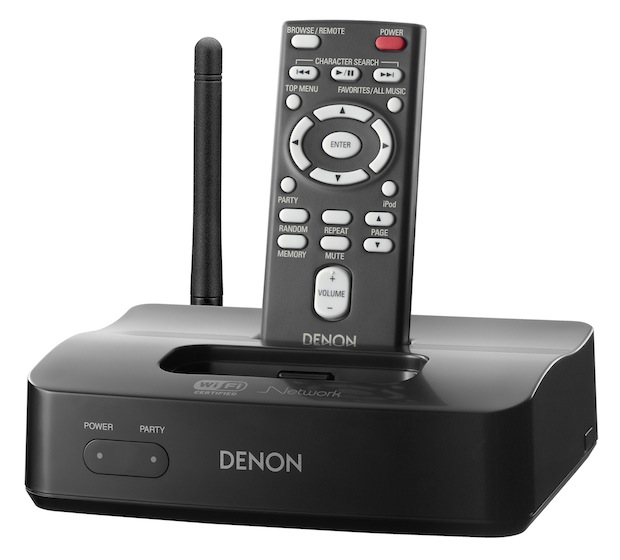 New Features Geared Toward Custom Integrators
Both new Denon Network-Enabled iPod Docks were engineered with a variety of features and capabilities designed to help professional custom integrators better serve their clients. For example, they offer IP Control (AMX/Crestron), Web Remote Control, and iPod audio streaming to new Denon networked products. In addition, a new Multi-Zone Management feature allows custom installers to quickly and easily perform a status check of all networked Denon products. Both models also feature a special “Party Mode” feature for use with new ’10 series Networked Denon A/V receivers that allows users to enjoy music throughout the home played simultaneously in up to five Denon devices on the network.

Windows 7, Plus Automatic Wi-Fi Connectivity and More
In addition to having Rhapsody and Napster connectivity, the new Denon iPod docks provide Windows 7 connectivity and overall faster networking capabilities. Notably, the ASD-51W adds Wi-Fi (11b/g) connectivity and WPS compatibility (Wi-Fi protected setup). This easy solution for wireless connectivity allows users to quickly connect the ASD-51W to the wireless router and automatically start communication and authentications without having to enter any password or SSID input. Adding to their flexibility and convenience, both new products also feature Digital Coaxial Output and Last Function Memory. For additional connection flexibility, the units feature an IR (Infrared) pass-through, allowing them to act as an IR sensor for other products — even those that may be enclosed behind cabinets.

To minimize “remote control clutter,” both devices connect to almost any Denon receiver using the dock control port and give users command and control of their iPod via the receiver’s remote control. Whether connected to a current Denon receiver or other product, audio and video signals are sent via analog audio output and S-Video to the respective inputs on a connected device in order to view the GUI and hear the audio. The two models include a remote control and feature a screen saver and a newly designed GUI for displaying meta-data, full-color album artwork and user photos. The GUI will support English, German, French and Spanish languages for both GUI text as well as meta-data from the iPod and other streaming media.

About Denon Electronics
Denon is a world leader in the manufacture of the highest quality home theater, audio and software products. Denon is recognized internationally for innovative and groundbreaking products and has a long history of technical innovations, including the development and groundbreaking commercialization of PCM digital audio. Denon Electronics is owned by D&M Holdings Inc.

Denon is celebrating its 110th Anniversary with a new version of the DL-103 cartridge. The Denon DL-A110 MC phono cartridge is $599.