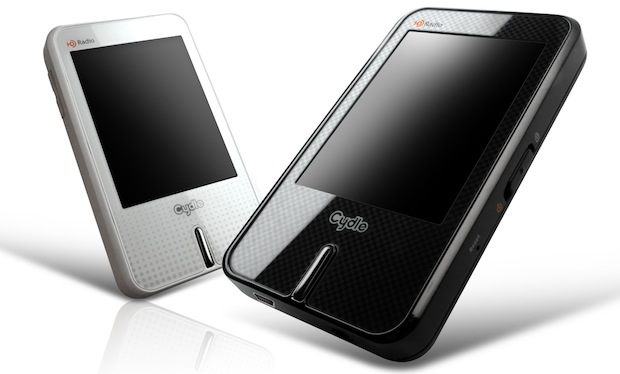 Ultimate Combo for Those on the Go; Combines Multimedia Player and Subscription-free Mobile TV

At 2010 International CES in January, Cydle will introduce the latest addition to its P29 Series. The multifunction Cydle P29A combines a multimedia player and subscription-free Mobile TV, and integrates a host of other capabilities designed to appeal to travelers who want to take their sights and sounds with them.

The Cydle P29A complements the company’s P29H product, which couples a multimedia player with HD Radio™ Technology. The Cydle P29A is slated for introduction in Q2 2010, with an estimated retail price of $199.

Among the first Mobile TV offerings to hit the market, the Cydle P29A incorporates the ASTC digital standard for Mobile TV technology. Channel availability will vary based on location.

The Cydle P29A media player consists of a high-resolution 2.9-inch touch screen and optimized interface that delivers high quality audio and video. On video playback, the high-res screen includes a gravity sensor that permits viewing in portrait or landscape mode. When the unit is rotated, it adjusts automatically to fit the new orientation. Audio playback enables consumers to listen to their favorite sounds with crystal clarity wherever they go. While playing music, the screen displays related information, such as lyrics, names of singers, and images.

The Cydle P29A comes equipped with a Photo Viewer, which provides thumbnail clips to speed searching for that image of a spouse, a pet, a celebrity or anything else. The unit likewise features a versatile world clock, with alarms, a stopwatch and a calculator. The unit also includes a voice recorder, which delivers superior sound, convenient file management — via a “My Records” personal voice record box — and an embedded microphone.

“With the Cydle P29A, Cydle is in the forefront of the budding Mobile TV revolution,” said Woody Lee, U.S. director of sales, Cydle. “The P29A is an elegant, extremely portable way to catch the news, a favorite program, or enjoy movies on the subway, a bus, or literally anywhere. And we’ve worked to ensure that audio-visual quality is absolutely first-rate, so consumers sacrifice nothing for portability.”

About Cydle
Cydle is an emerging leader in car-based multimedia systems and one of South Korea’s largest consumer electronics companies. Cydle devices combine GPS navigation Live HD Radio™ Traffic updates, audio and video entertainment, Bluetooth and more, turning every car into a haven for the driver. Established in 2006, Cydle is based in South Korea, with U.S. offices in Torrance, Calif.