Cineversum has introduced a new flagship model in their BlackWing High Definition digital video projector range. The BlackWing Four is a state-of-the-art full-HD 1080P digital projector with a 16:9 native aspect ratio, and designed to be used for high-end home cinema screens up to 210″ wide. It features three LCoS panels at a native resolution of 1920×1080 pixels, a contrast ratio of 70,000:1, and two HDMI 1.3 connections.

The BlackWing Four joins the recently revamped BlackWing Two and Three mk2010 3-chip LCoS models that have been acclaimed and awarded all around the globe. Retail price of the BlackWing Four in the U.S. and Canada is $17,325, and availability will be limited to a few select dealers in the U.S., Canada, and the Caribbean.

Engineered by Cineversum in Paris, France, every single projector is also carefully tested and hand-calibrated individually by the company’s highly experienced video engineers to their European CRT like tuning standards. The color temperature (reference to D65) and the white field uniformity are optimized to provide very natural picture quality. 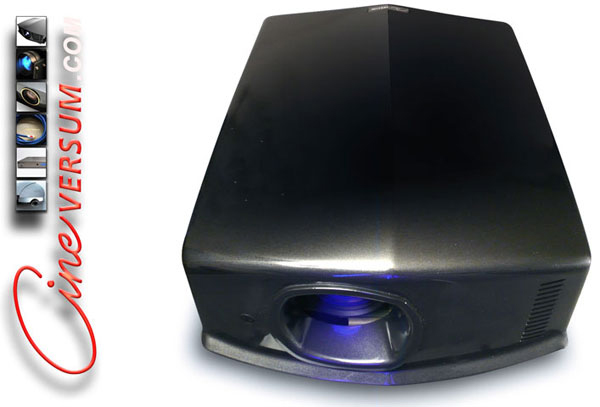 Thanks to the new True Cinema Black process of the BlackWing Four, dark scenes still remain very detailed and balanced, despite the amazing level of contrast.

John Caldwell, StJohn Group director of sales, stated, “We are particularly pleased to introduce the BlackWing Four to the North American market. Having a new reference model that pushes the envelope like the BlackWing Four gives our dealers a huge advantage in the market.”

Installation Versatility
In addition to being a top notch performer, BlackWing Four is extremely easy to install. The versatile 2x lens (1.4-2.8:1 throw ratio) makes it compatible with virtually any kind of room. The vertical and horizontal lens shift capability (+/- 80% and +/- 34% respectively) can address any challenging configuration. Zoom, focus and shift are motorized, making installation easier and faster. With the keystone correction, it is simple to adjust the projector for the most razor-sharp picture, even when the projector is mounted in a less than ideal location.

For projection on cinemascope screens, and others, the BlackWing Four can also be easily retrofitted with its proprietary Cinema Pro Anamorphic Lens kit ($9,825). With only one key of the remote control, the user will be able to switch from the classic 16:9 aspect ratio to a breathtaking Cinemascope format. The exclusive Cineversum Theatre Mode makes this possible.

The BlackWing Four is available to order now.

About Cineversum
Cineversum initially was conceived as the dedicated consumer brand for famed Belgian video manufacturer Barco. In September 2004, Technic Electronic Conseil (T.E.C.) took over worldwide distribution of Barco home theater business, including the Cineversum name. T.E.C. is based in the Montmartre district of Paris, France.

Led by French industry pioneer Jean-Claude Younes, T.E.C. has successfully developed the Cineversum Home Cinema Concept. In close cooperation with partners such as Barco, Cineversum has steadily built a range of cutting-edge video products for the professional home theater market and are distributing them worldwide through a network of specialist distributors.

The BlackWing line, dedicated to the professional A/V installer, was awarded the prestigious Product of the Year 2008 award by Electronic House magazine.