To ensure an incomparable ambience, embracing both design and performance, the new Aston Martin DBS Volante will feature a bespoke Bang & Olufsen sound system as standard. Aston Martin premiered the DBS Volante at the Geneva Auto Salon on the 3rd March 2009. Completing the DBS line-up, the new Volante will afford customers the combination of the DBS’s already-established benchmark sports car characteristics with all the thrills of open-air motoring.

The Bang & Olufsen sound system in the DBS Volante is the second system to be developed by the hi-end Danish manufacturer exclusively for Aston Martin and is a revision of the globally accredited BeoSound DBS system (employed in the DBS coupe); the perfect match for the performance of the Aston Martin.

Bang & Olufsen’s design for the DBS Volante follows the inherent quality and material honesty of the Aston Martin’s interior, with loudspeaker grilles of smoothly contoured aluminium integrating seamlessly with the fluid lines and curves of the cabin. When the system is turned on, twin tweeters with Bang & Olufsen’s proprietary Acoustic Lens Technology (ALT) emerge silently and swiftly from the dashboard, adding a touch of theatre and panache that is the perfect complement to the DBS Volante. 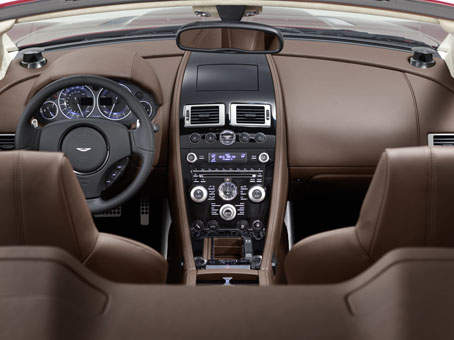 Featuring a motorised retractable fabric roof, the DBS Volante’s beautiful profile is preserved whether up or down. When the roof is closed, it provides a warm comfortable ambience and when open, it neatly disappears behind the new tonneau cover at the touch of a button.

Importantly for the Volante, the BeoSound DBS system has been specifically revised to sense when the roof is up or retracted. Sound is dynamically adjusted to compensate for extra noise when the roof is down, allowing the occupants to concentrate on an engaging driving and listening experience and providing an unrivalled automotive audio experience. 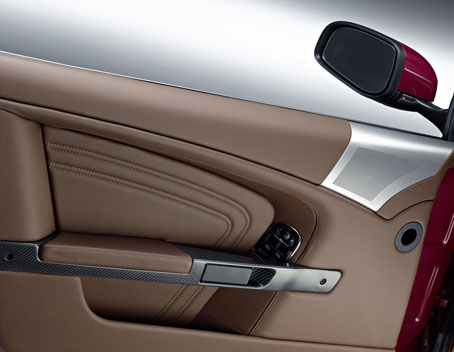 Speaking on behalf of Bang and Olufsen, Vice President – Automotive, Jens Peter Zinck, stated; “Developing a system for the DBS Volante has been an exciting venture for us. Together with Aston Martin, we have created a system that sounds fantastic even when the roof is down. With Bang & Olufsen in the DBS Volante, customers will be simultaneously able to enjoy the ultimate in open-air driving and listening experiences”.

Jens Peter Zinck continued; “our inaugural system for the Aston Martin DBS has received outstanding reviews since it was launched in September 2008. In the BeoSound DBS, we have produced a hi-fi automotive system that compares favourably with other leading systems . We are confident that our revised system for the DBS Volante will be equally successful.”

The DBS Volante with Bang & Olufsen will be built at Aston Martin’s global headquarters at Gaydon, Warwickshire with customer deliveries expected to commence during quarter three 2009.

Broadening the DBS’s character, the DBS Volante will appeal to drivers who wish to combine the excitement of driving a finely-tuned sports car with the invigorating feeling of being open to the elements. This juxtaposition of ultimate performance and openness stirs the senses on any drive whether an exhilarating jaunt on favoured roads or cruising on lengthy journeys. ‘Volante’, meaning: ‘moving with light rapidity’, perfectly defines the performance potential and the dynamic characteristics of the DBS Volante. 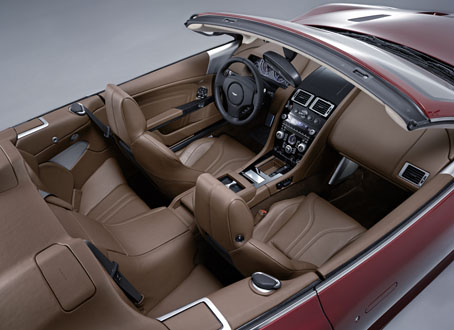 Engineered to exceed all expectations, Bang & Olufsen’s sound system for the DBS Volante embodies the essence of sound and motion; demonstrating conclusively that high fidelity is perfectly compatible with high performance. To ensure all customers benefit from an exhilarating driving and outstanding listening experience, the Bang & Olufsen system will be delivered as standard in the DBS Volante.