Bang & Olufsen, the global provider of exclusive, high-quality audio and video products, together with Aston Martin, the leading British luxury sports and performance car manufacturer, announce the North American arrival of the BeoSound DBS sound system in the Aston Martin DBS this December 2008. The BeoSound DBS is significant as it produces a natural, pure sound with its 13-channel Digital Signal Processing (DSP) platform, 13 speakers with 10 individual speaker locations, and over 1000 watts of power. It is included in the standard package offering for the Aston Martin DBS, a first for Bang & Olufsen’s automotive division.

BeoSound DBS is one of the finest in-car audio systems on the market due to its profound attention to detail and superior sonic performance. With its unique tuning process, custom made sound stage, free-form aluminum processing, and smooth harmonic operation, the BeoSound DBS is engineered to exceed all expectations.

“We are proud to present the first unique audio system from our collaboration with Aston Martin. BeoSound DBS is a high-quality, high-performance system for a remarkable performance car,” says Karl Kristian Hvidt Nielsen, Bang & Olufsen President and Chief Executive Officer.

The collaboration between Aston Martin and Bang & Olufsen signifies two innovative companies with a longstanding, proud tradition in technology and design. Both companies were founded in the 20th century and through a commitment to unique manufacturing skills and design values, each has achieved world-class reputation and global icon status.

“Without technological innovation, neither Aston Martin nor Bang & Olufsen would have achieved the reputation they have today as leaders in both design and performance,” said Dr. Ulrich Bez, Aston Martin’s Chief Executive Officer. “The BeoSound DBS represents the ultimate fusion of technology and artistry. We are extremely proud to offer this system in the DBS.”

The BeoSound DBS system showcases Bang & Olufsen’s patented ICEpower technology, a fusion of high power and hi-fi sound quality with ultra-compact design and sleek, functional operation. The proprietary and automatically operated ALT (Acoustic Lens Technology) motorized tweeter units are mounted on either side of the dashboard and enable 180 degree horizontal dispersion of high frequencies, giving listeners an improved sense of space, staging and realism, regardless of their location in the car. In addition to the two tweeters incorporated into the ALT, the system consists of five mid-range speakers, three additional tweeters and three woofers, including a powerful 200 mm subwoofer mounted beneath the rear bench. In all, thirteen speakers are positioned in ten locations around the car.

The system is acoustically tuned by Bang & Olufsen’s advanced Digital Signal Processing (DSP) unit, which stage-manages the musical performance to accommodate the in-car experience. Coupled with countless hours of research by Bang & Olufsen’s acousticians, all 13 speakers are tuned to work together in harmony to deliver an outstanding listening experience. The DSP also provides dynamic modeling that automatically adapts to changing acoustic conditions, allowing the occupants to concentrate on an engaging driving and listening experience.

Seamless integration
The Bang & Olufsen BeoSound DBS system has been developed exclusively for Aston Martin. The system is acoustically and physically matched to the DBS, with a design that follows the inherent quality and material honesty of the Aston Martin interior. The loudspeaker grills are finished with smoothly contoured aluminum, seamlessly following the fluid lines and curves of the cabin. When the system is turned on, the twin acoustic lens speakers emerge silently and swiftly, adding a touch of theater and technological panache that is the perfect complement to the Aston Martin DBS.

Bang & Olufsen’s experts worked in close collaboration with Aston Martin’s product development team, ensuring optimal speaker placement in consideration of the unique aluminum structure of the car. The result is a system that has become an integral part of the Aston Martin DBS. As a result, the sound is crisp and clear at all volumes, making the audio system the perfect match for the commanding performance of the Aston Martin. 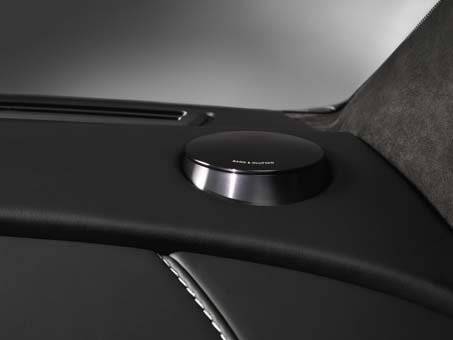 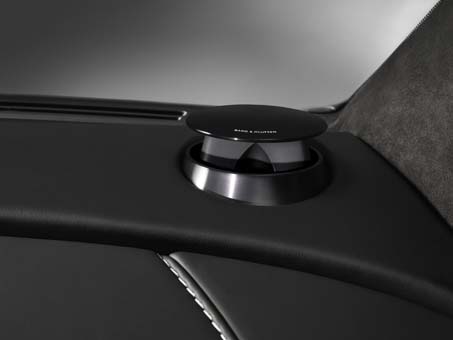 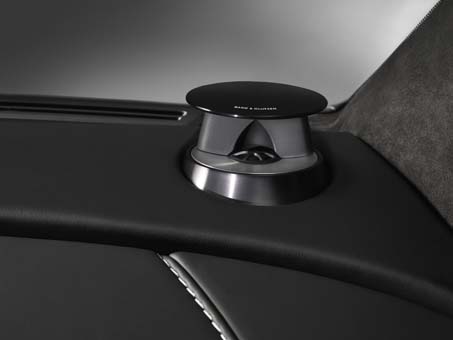 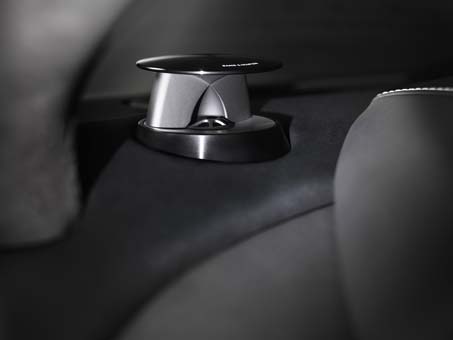 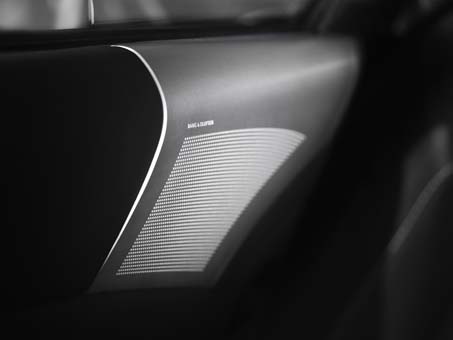 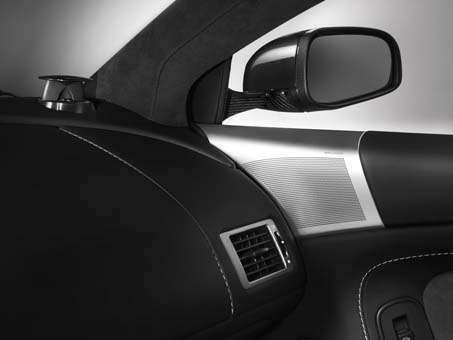 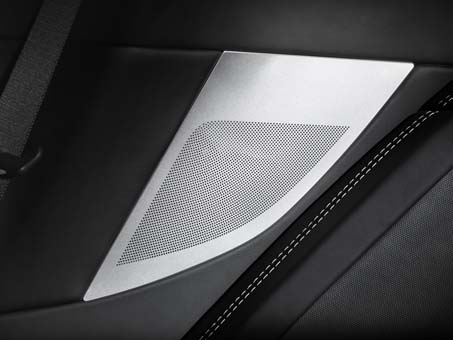 The BeoSound DBS will be shown for the first time in North America at the Los Angeles Motor Show this November. It will be available for customer orders at the same time.

Aston Martin
Founded in 1914 by Lionel Martin and Robert Bamford, the first Aston Martins were sports cars with a distinctive and individual character, built to the highest standards and capable of exceeding all performance expectations. Over the decades, Aston Martin has stayed true to these values, creating some of the most iconic British sports cars of the post-war era, including the famous ‘DB’ series of cars, which includes the DB4, DB5 and DB6 and continued in the DB9. The company’s current range of award-winning sports and performance GT cars runs from the V8 Vantage through to the V12-powered flagship DBS. All road-going Aston Martins share their DNA with their race-going counterparts, and the core values of power, beauty and soul remain integral to the brand.

Bang & Olufsen
Bang & Olufsen was founded in 1925 by Peter Bang and Svend Olufsen, two men devoted to high quality audio reproduction. In the post-war era, Bang & Olufsen became an icon of performance and design excellence through the strongest possible commitment to real craftsmanship and exceptional sound and picture quality. Still at the forefront of domestic technology, Bang & Olufsen has extended its comprehensive experience with integrated video and audio solutions for the home to other areas such as the hospitality and automotive industries in recent years. Consequently, its current range epitomizes perfect sound and vision in the home as well as in the car and on the move.

What Hi-Fi4 weeks ago

Bang and Olufsen Beosound Stage — Beauty and the bass

Home Cinema Choice9 months ago
You Are Here

Creating the Next Generation of Audio Enthusiasts: A Change is Gonna Come