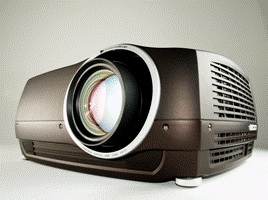 The avielo kroma by projectiondesign is set to revolutionize image quality and user experience in the home theater, thanks to its implementation of ReaLED™ technology — based on solid state LED illumination.

Joe Manning, International Market Manager, Home Theater for avielo by projectiondesign, explains: “From an image quality point of view, our ReaLED technology gives us an incredible contrast ratio and an image with a color spectrum purer than any other technology. Additionally, absence of some of the effects traditionally seen with other projectors produces a picture that is better than anything we’ve seen before. The kroma produces outstanding imagery.”

Technically, the kroma’s ReaLED light source provides a wider and more consistent color gamut, with richer and better color rendition than any competing illumination technology. At the same time, it stays consistent over its entire lifetime, expected at a typical 100,000 hours, for a long, and service free life of imaging.

“We are delighted at being able to bring kroma to market at a time when the environmental footprint of all home AV equipment are coming under scrutiny,” concludes Manning. “We are confident that our avielo brand has another winner in kroma, which is the perfect addition to our existing, conventionally lamped DLP home-theater projectors.”

About avielo
The avielo series of high performance projectors are designed and hand-built in Fredrikstad, Norway by projectiondesign. Aimed at the high-end custom installation market for use in elite lifestyle applications, avielo projectors feature the most advanced imaging technology that is consistently being utilized in the making of blockbuster movies. The series incorporates a wide range of models, from entry level to the ultimate high end in video display.