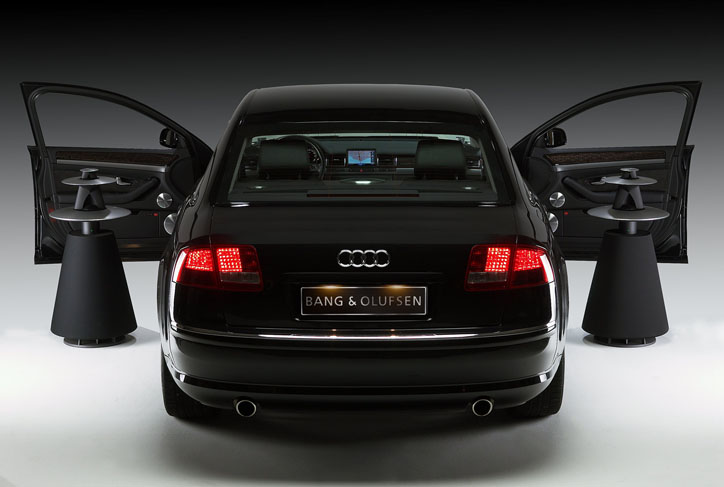 The Bang & Olufsen in-car entertainment system fitted to the Audi A8 has been voted the world’s best sound system.

At the seventh annual ‘Interior of the Year’ awards, conducted by Ward’s AutoWorld magazine in America, the Bang & Olufsen Advanced Sound System specially designed for the Audi A8 scooped the top audio prize. A jury of 69 automotive journalists voted it ‘best sound system.

The winners of the annual ‘Interior of the Year’ awards — which also included categories for best overall interiors, best navigation systems and best interior innovations — were selected from a field of 53 finalists picked by the editors of Ward’s Auto World’s various magazines and newsletters. To be eligible, a vehicle had to be new or redesigned for the 2006 model year car, or a 2007 model available for sale in calendar year 2006. Selection was based on overall styling, functionality, quality, fit and finish, convenience, and special features.

The Audi A8’s sound system is specially designed by Bang & Olufsen and is tailor made to the exact acoustic requirements of the A8’s interior — its size, shape and materials. It is the first in-car sound system from the renowned Danish hi-fi experts.

Its acoustic brilliance is achieved partly by the use of innovative new Acoustic Lens Technology that ensures an even horizontal dispersion of higher frequencies into the car interior, and partly by using Bang & Olufsen’s patented digital amplifier technology, ICEpower, that supplies the 14 speakers — each with its own dedicated amplifier — with more than 1,000 watts of power.