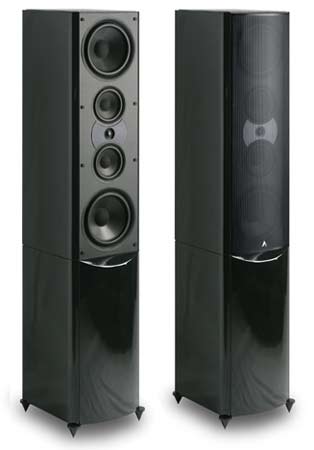 Atlantic Technology has introduced its new System 8200e speaker line, an improved version of the company’s acclaimed THX Ultra2 certified System 8200. The new flagship system offers the same high-end performance as its predecessor at a significantly lower price point, thanks to simplified cosmetics and configuration options. “The original System 8200 received universal acclaim from dealers, consumers, and reviewers, and we still haven’t found much room for improvement in its performance,” comments Atlantic Technology President Peter Tribeman. “However, we did see an opportunity to update its appearance, and make it a better fit for most people’s homes. Of course, while we were at it, our engineers did find a way to make sound even better, and we’ve managed to cut the prices at the same time.”

Like its predecessor, the System 8200e offers the home theater enthusiast the ultimate in reproduction for multichannel music and movies. In order to simplify installation and selection for dealers and consumers, the line now features permanently attached side panels in a gloss black finish, and the system is designed to integrate with one or more of the company’s powerful 642e SB THX subwoofers.

The 8200e LR speakers are acoustically identical to their predecessors, but feature a revised cabinet shape and pedestal system that presents a less imposing aesthetic presence in smaller theater rooms. The previous model’s slanted rear panel has been revised to a more conventional vertical orientation, allowing the speaker to maintain the same overall internal volume while reducing the speaker’s footprint and overall visual impact. Additionally, the speaker’s optional pedestal is now 10-inches shorter than the previous version, lowering the 8200e LR tweeter to a more optimal height for most listening positions, and further contributing to the reduction in the speaker’s perceived size.

The 8200e C three-way center channel speaker maintains the same basic design as its predecessor, but now integrates fixed gloss black side panels. Atlantic’s engineers have made a subtle alteration to the 8200e C crossover network, contributing to a slightly smoother and more detailed character in the lower midrange band that is so important for dialogue reproduction.