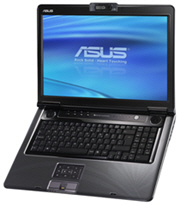 Ready to receive HD in all its full glory is the new ASUS M70 notebook that provides a WUXGA widescreen with 1920×1200 pixels resolution and Blu-Ray support. Combined with cutting-edge audio technologies including built-in Altec Lansing Speakers and Dolby Home Theater, the M70 is supremely suited as a digital entertainment and productivity tool. In addition to the all-rounded AV features, the M70 is the world’s first notebook to offer an ample storage of 1TB (2x 500GB) that can store up to 285,000 digital photos, 25,000 songs or 120 hours of HD movies*! For unparalleled high definition enjoyment, the M70 is the one and only entertainment notebook choice that is big on visual, audio and storage! 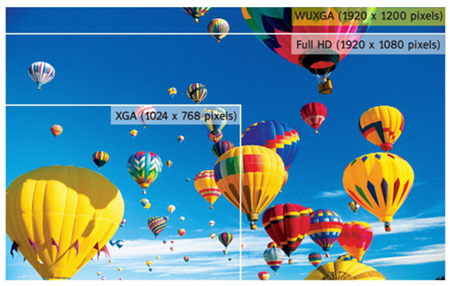 Big on Vision
The centrepiece among the M70’s broad set of features is its 17-inch WUXGA screen displaying 1920×1200 pixels with 16:10 aspect ratio. For entertainment, it is able to faithfully reproduce stunning HD movies as they were meant to be displayed, in their native resolution without scaling, which would inevitably compromise image quality. Coupled with Blu-ray support and HDMI port, no high definition data will be lost at playback or during transfers.

Big on Sound
To complement the stunning visuals of HD content, the M70 features Dolby Home Theatre sound processing and delivery via Altec Lansing speakers which produce rich, clear audio for the complete cinema experience on the go.

Big on Storage
For a seamless and continues high definition enjoyment, the M70 is the world’s first notebook to offer an extravagant 1TB (2x 500GB) storage space. This not only significantly increases the amount of high definition data that the notebook holds!