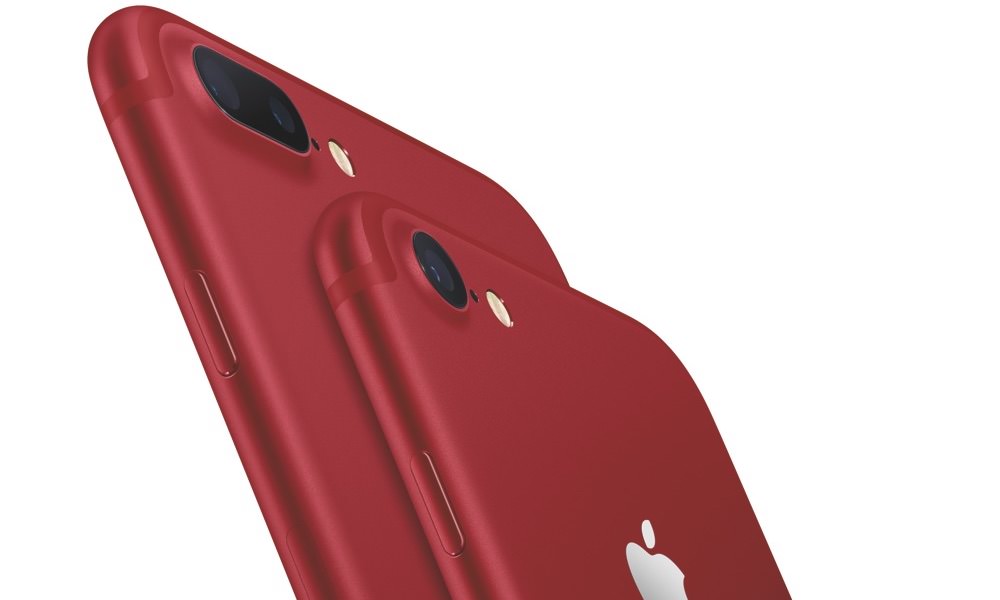 Apple just announced a new vibrant red aluminum finish for iPhone 7 and iPhone 7 Plus to recognize a 10+ year partnership between Apple and (RED) to combat AIDS. The new red colored iPhone will be priced the same as existing models, but won’t come in a 32GB option. So the starting price is $749 for the 7 or $869 for the 7 Plus with 128GB of storage.

“Since we began working with (RED) 10 years ago, our customers have made a significant impact in fighting the spread of AIDS through the purchase of our products, from the original iPod nano (PRODUCT)RED Special Edition all the way to today’s lineup of Beats products and accessories for iPhone, iPad and Apple Watch,” said Tim Cook, Apple’s CEO. “The introduction of this special edition iPhone in a gorgeous red finish is our biggest (PRODUCT)RED offering to date in celebration of our partnership with (RED), and we can’t wait to get it into customers’ hands.”

“Apple is the world’s largest corporate donor to the Global Fund, contributing more than $130 million as part of its partnership with (RED),” said Deborah Dugan, (RED)’s CEO. “Combining the global reach of the world’s most loved smartphone with our efforts to provide access to life-saving ARV medication in sub-Saharan Africa, customers now have a remarkable opportunity to make a difference and contribute to the Global Fund through the purchase of this new beautiful (PRODUCT)RED iPhone.” 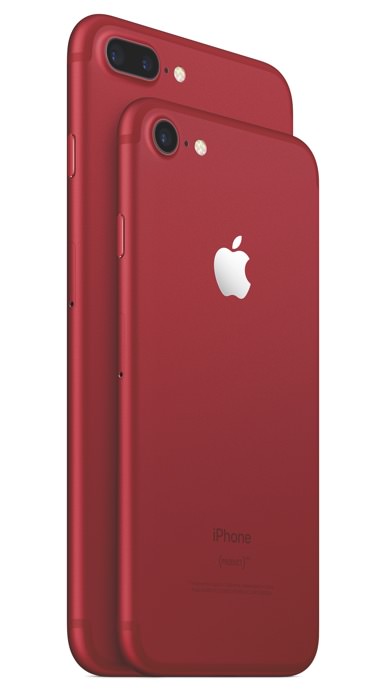 (RED)’s critical work provides access to life-saving HIV/AIDS programs in sub-Saharan Africa, which is home to more than two thirds of the world’s HIV-positive population. One hundred percent of all money raised by (RED) goes directly to Global Fund HIV/AIDS grants that provide testing, counseling, treatment and prevention programs with a specific focus on eliminating transmission of the virus from moms to their babies. Since it was founded in 2006, (RED) has generated more than $465 million for the Global Fund, with more than $130 million from Apple alone.

Despite efforts of Apple and other companies, the (PRODUCT)RED initiative has been criticized for its lack of transparency and overspending on advertising, which dates back to a New York Times article in 2008. One interesting side note is that Apple has dropped the PRODUCT(RED) logo from appearing on the iPhone 7, even though it appeared on previous RED Apple products. Although, I suspect that is because the design-centric folks at Apple don’t like anything to detract from iPhone beauty, and less to be about distancing itself from the RED brand.

PRODUCT(RED) or not — at least consumers can get one sweet looking iPhone 7 and feel a little better about buying it.

Pricing & Availability
iPhone 7 and iPhone 7 Plus (PRODUCT)RED Special Edition will be available to pre-order worldwide in 128GB ($749/$869) and 256GB ($849/$969) models on March 24, 2017 at 8:01am PDT. Both special edition smartphones will start shipping to customers by the end of March in the US and more than 40 countries and regions, including Australia, Belgium, Canada, China, France, Germany, Hong Kong, Italy, Japan, Mexico, Netherlands, New Zealand, Russia, Singapore, South Korea, Spain, Sweden, Switzerland, Taiwan, Thailand, the UK and United Arab Emirates. Brazil, Chile, Colombia, India, Turkey and other countries will follow in April.