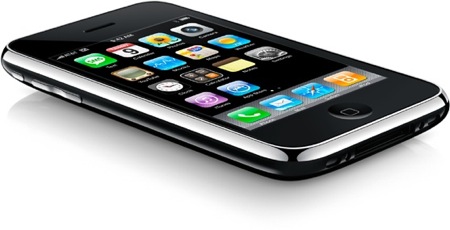 Verizon Wireless Loses The Most Customers To AT&T
According to a new report from The NPD Group, the leader in market research for the wireless industry, 30 percent of U.S. consumers who purchased Apple’s new iPhone 3G from June through August 2008 switched from other mobile carriers to join AT&T, the exclusive mobile carrier for the iPhone in the U.S. By way of comparison just 23 percent of consumers, on average, switched carriers between June and August 2008. Nearly half (47 percent) of new AT&T iPhone customers that switched carriers switched from Verizon Wireless, another 24 percent switched from T-Mobile, and 19 percent switched from Sprint.

“The launch of the lower-priced iPhone 3G was a boon to overall consumer smartphone sales,” according to Ross Rubin, director of industry analysis for The NPD Group. “While the original iPhone also helped win customers for AT&T, the faster network speeds of the iPhone 3G has proven more appealing to customers that already had access to a 3G network.”

The average price of a smartphone sold between June and August 2008 was $174, down 26 percent from $236 during the same period last year. During June through August 2008, the top four best-selling smartphones based on unit-sales to consumers were as follows:

Methodology:
The NPD Group compiles and analyzes mobile device sales data based on more than 150,000 completed online consumer research surveys each month. Surveys are based on a nationally balanced and demographically-representative sample, and results are projected to represent the entire population of U.S. consumers. Note: Sales figures do not include corporate/enterprise mobile phone sales. For more information about NPD’s offerings in this business sector, visit http://wireless.npd.com.

MobileSyrup (CA)12 years ago
Advertisement. Scroll to continue reading.
You Are Here