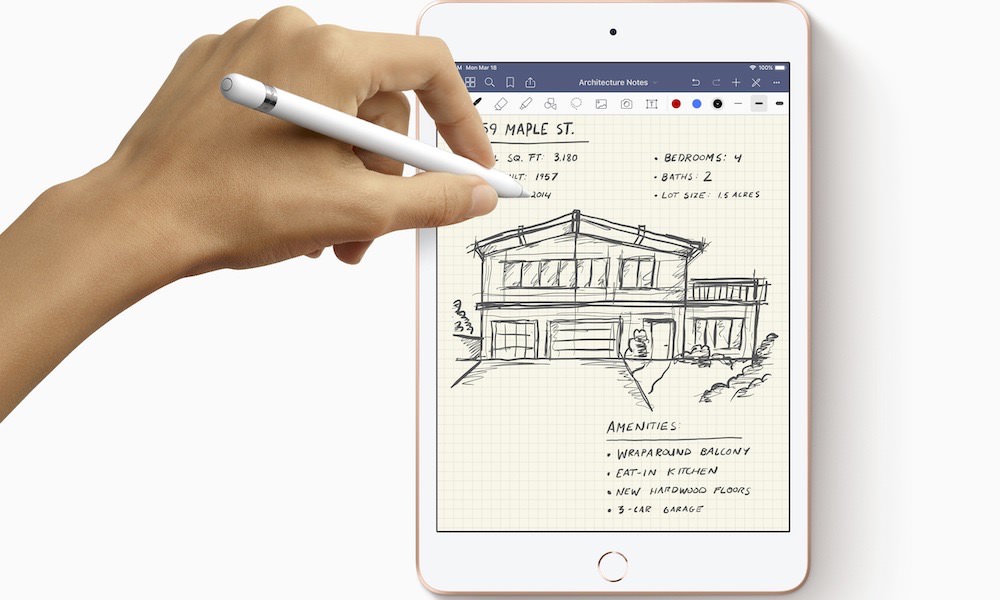 The new iPad mini uses the A12 Bionic chip, which is the same processor from the latest iPhone Xs. Apple claims it delivers three times the performance and nine times faster graphics. The advanced Retina display with True Tone technology and wide color support is 25 percent brighter and has the highest pixel density of any iPad, delivering an immersive visual experience in any setting. Apple Pencil makes it possible to sketch and jot down notes on the go.

The 2019 iPad mini also upgrades the front camera to 7-megapixels. It now attains FaceTime HD status with f/2.2 aperture, 1080p HD video recording and retina flash. The built-in 19.1-watt battery remains the same, along with the same 10 hours of use on a single charge.

An extra $150 boosts storage to 256GB. Preorders begin today and new models should be in store and shipping next week.

Apple iPad Mini 5 -- The best (and only) small tablet

WIRED UK2 years ago
You Are Here