Amazon Unbox Offers Thousands of DVD-Quality Picture TV Shows, Movies and Other Videos From Around the World; Unbox RemoteLoad™ Technology Allows Customers to Buy From One PC and Download to Another; “Star Trek,” VH1 Make Digital Download-to-Own Debut

Amazon.com (Nasdaq:AMZN) today announced the launch of Amazon Unbox™, a new digital video download service offering customers thousands of television shows, movies and other video content from more than 30 studio and network partners from Hollywood and around the world. Unbox is the only video download service to offer DVD-quality picture. In addition, Unbox RemoteLoad™ technology allows customers to buy from one PC (such as an office computer) and download to another (such as a home computer). Customers can visit www.amazon.com/unbox to try the Unbox service with a free TV show.

“Amazon Unbox offers TV and movie enthusiasts a fast, convenient way to watch thousands of their favorite videos from around the world,” said Bill Carr, Amazon.com’s vice president of digital media. “Now Amazon.com customers can choose to get videos delivered to their doorstep from Amazon’s DVD store or choose Amazon Unbox and download DVD-quality picture movies or television shows to their PC.”

Unbox RemoteLoad technology offers customers the convenience of shopping for Unbox videos on Amazon.com from any Internet-connected PC — like their PC at the office — and download their videos to that PC or any other connected PC — like their PC at home. Plus, customers get the added flexibility of taking their video collection on the go using any Windows Media video-compatible portable device, including the popular Creative Zen Vision:M.

“Amazon has built the ultimate solution for anyone who has ever had a friend or coworker tell them that they missed a great TV show last night,” said Carr. “Now customers can visit Amazon.com while at work and download DVD-quality TV shows and movies to their PC at home or wherever it is most convenient for them to watch.”

Amazon Unbox customers will be able to access their videos in the Amazon Your Media Library, a personalized Web page that indexes and organizes their media purchases from Amazon.com, including books, CDs, DVDs and Unbox Videos. Your Media Library provides each Unbox customer a place to keep track of their Unbox video purchases, and even download them to an additional PC.

Amazon Unbox customers can download episodes of their favorite television shows that aired as recently as last night or favorites from decades past. Unbox offers current hits from top networks like CBS with “CSI” and “Numb3rs” and FOX with “24” and “Prison Break” as well as classics like “Buffy the Vampire Slayer,” “Firefly” and “Star Trek.” Unbox also offers a broad selection of popular shows from cable networks such as A&E, Cartoon Network, Discovery Channel, FX and several channels from MTV Networks, including Comedy Central, Nickelodeon, MTV and VH1. From September 14th through September 27th, all of the final, cliffhanger episodes from last season’s “CSI,” “CSI: Miami” and “CSI:NY” will be available for $0.01 to celebrate CSI Week and the launch of the season for all three “CSI” series.

Several television series and films will make their digital download debut with Amazon Unbox, including all 79 episodes of the original “Star Trek” series (plus the pre-Shatner original pilot), many anime series including “Mobile Suit Gundam SEED.” HGTV, FINE LIVING TV Network and VH1 are three networks making their digital download debut, offering titles such as “Design on a Dime,” “America’s Dream 18” and “Breaking Bonaduce,” respectively.

Movies available on Unbox include new releases such as “V for Vendetta,” “Inside Man,” “Failure to Launch,” “RV” and “Walk the Line” as well as numerous classics like “Ben Hur,” “Chinatown” and “Poseidon Adventure” from top studios including 20th Century Fox, Paramount Pictures, Sony Pictures, Universal Pictures, Warner Bros. Entertainment and Metro-Goldwyn-Mayer Studios, Inc. Unbox will also have independent films from studios such as Focus Features, Fox Searchlight and Lionsgate, including “Akeelah and the Bee,” “Brokeback Mountain” and “Friends With Money.”

Unbox customers can purchase television series episodes for $1.99 per episode, purchase most movies for between $7.99 and $14.99, or rent the latest movies for $3.99. To learn more about Amazon Unbox and to download your first television show free of charge, visit www.amazon.com/unbox.

“With its broad and extensive user base, impressive marketing capabilities and the Unbox technology, Amazon.com is uniquely positioned as a programming platform in the online world, and we’re excited to be one of their charter content providers,” said Larry Kramer, President, CBS Digital Media. “The site is a perfect vehicle to further extend the reach of our Network brand and create more opportunities for audiences to discover current and classic CBS programming.”

“We expect the convenience of Amazon’s Unbox to be a catalyst in expanding the reach of our digital offerings,” said Peter Levinsohn, President, Fox Digital Media. “Amazon has made a name for itself as having the biggest selection of physical goods online. We are happy to be a part of its effort to realize this same goal in digital content.”

“VH1 has chosen Amazon Unbox for our download-to-own premiere of select shows because it offers viewers a flexible and high-quality way to enjoy their favorite programs — the very qualities our 30-something viewers find important,” said Tom Calderone, executive vice president and general manager, VH1. “We are excited to join the other MTV Networks’ brands in this launch, and to extend VH1’s hit shows to yet another platform.”

“Amazon is one of the great trusted brands in the digital space with an excellent track record of building direct consumer relationships via the Internet,” said Thomas Lesinski, President, Paramount Pictures Digital Entertainment. “We are very excited about Amazon’s new Unbox service, which will provide consumers with a convenient high-quality option for downloading movies directly to their computers.”

“This agreement with Amazon is very exciting for Sony Pictures Home Entertainment. It represents the first time one of our established customers has embraced digital distribution,” noted Benjamin S. Feingold, Worldwide President of Sony Pictures Home Entertainment, Digital Distribution and Acquisitions. “Sony and Amazon share the goal of delivering outstanding entertainment to consumers whenever they want it, on whatever platform they choose to experience it and in the most efficient manner possible, and we are delighted to partner with Amazon in fulfilling this mission.”

“We are pleased to partner with Amazon on this exciting venture, which offers a convenient and flexible alternative for purchasing and enjoying Universal films,” said Craig Kornblau, President, Universal Studios Home Entertainment. “Consistent with NBC Universal’s strategy for ubiquitous content distribution, we are very excited to align with Amazon, a top-tier partner that is on the forefront of a unique new electronic sell-through technology to deliver our entertainment product: The Unbox Experience.”

“Warner Bros. digital distribution strategy is to provide consumers with access to our world-class entertainment through as many platforms, devices and channels possible,” said Simon Kenny, President, Warner Bros. Digital Distribution. “Amazon is the Internet’s leading online retailer, and our customers are already comfortable acquiring entertainment from the website. Unbox is a natural extension of this and a good fit for Warner Bros.”

“Delivering on our strategy of distributing MGM movies and television series on robust new digital platforms, we are very pleased to be able to offer MGM programming to the launch of Amazon’s Unbox service and hope to include additional product in the weeks to come as the service undoubtedly flourishes,” said Douglas A. Lee, Executive Vice President, Worldwide Digital Media at MGM. “We are thrilled to extend our partnership with Amazon as it introduces its millions of users to its new service, and welcome them to receiving new ways of obtaining MGM’s extraordinary library of films and television,” he said.

Amazon.com, Inc., (Nasdaq:AMZN), a Fortune 500 company based in Seattle, opened on the World Wide Web in July 1995 and today offers Earth’s Biggest Selection. Amazon.com seeks to be Earth’s most customer-centric company, where customers can find and discover anything they might want to buy online, and endeavors to offer its customers the lowest possible prices. Amazon.com and other sellers offer millions of unique new, refurbished and used items in categories such as health and personal care, jewelry and watches, gourmet food, sports and outdoors, apparel and accessories, books, music, DVDs, electronics and office, toys and baby, and home and garden. 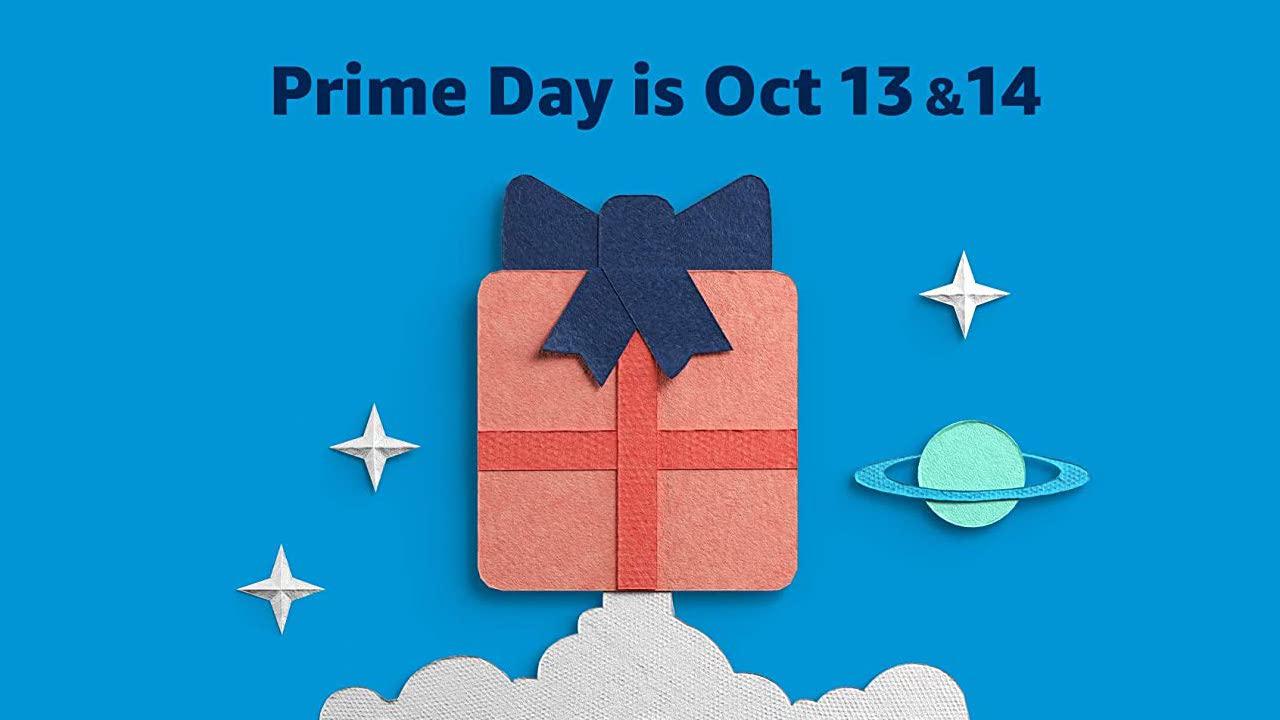 The best deals on the best-of-the-best in consumer electronics including top-of-the-line 4K OLED TVs, noise-cancelling headphones, wireless earbuds and speakers.