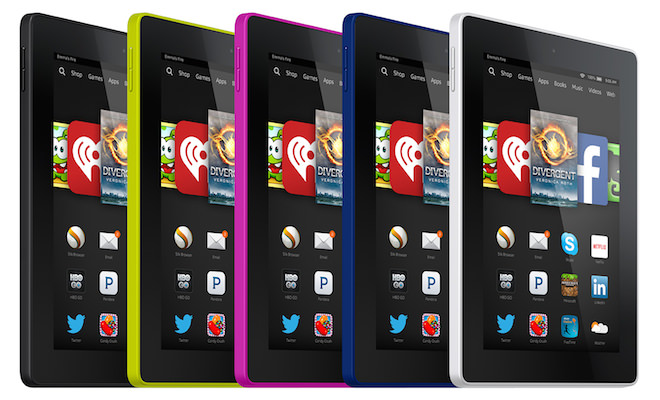 Most of the features are the same as the previous generation. But the new Fire HD has cut some corners to get the price lower. Amazon has dropped the Ambient Light Sensor and halved the storage. Battery life also appears down to 8 hours according to Amazon’s specs, while the older version was quoted at 11 hours. Meanwhile screen resolution is the same at 1280×800, but the new model claims more vibrant colors and whiter whites.

Fire HD delivers access to over 33 million movies, TV shows, songs, books, and Android apps and games, as well as exclusive features like X-Ray, ASAP, Second Screen, and Amazon FreeTime. Unlimited cloud storage is included at no charge for all photos taken with Fire HD’s front and rear-facing cameras.

“Fire HD is the most powerful tablet under $100,” said Jeff Bezos, Amazon.com Founder and CEO.