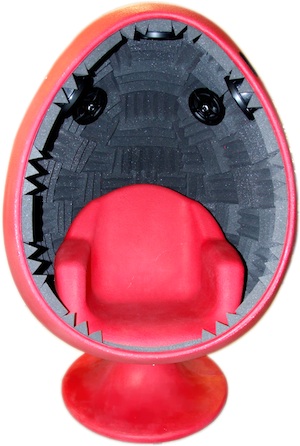 Acousticom presents the first 5.1 surround Sound Egg Chair with a 10″ Sub woofer. The Sound Egg’s official release will be at The International CES 2010 Booth: South 2 25815 in Las Vegas on Jan 7th through 10th.

It’s the Mork and Mindy Egg Chair! Yeah, but not exactly. It has had a face lift since the 70’s for all those HiFi Audio Fanatics.

CES 2010 in Las Vegas will be the official release of the Sound Egg by Acousticom Corporation on January 7th. Acousticom’s goal is to demonstrate the extreme audio capabilities that the acoustic egg chair can achieve. The Sound Egg is designed to isolate sound inside and out, similar to wearing a pair of headphones. Creating a whole new innovation in sound at Booth: South 2 25815 at CES 2010.

Rock Band, Call of Duty, and Halo can be experienced at a whole new level. By creating more realistic sound, Acousticom has created the game around the player with realistic precision audio.

“I won’t ever go to a movie theater again. Well at least not until the Sound Egg Theater gets developed,” said Joel, one of the engineers heading up the project. It simply places the viewer in the movie or whatever else the viewer is watching. 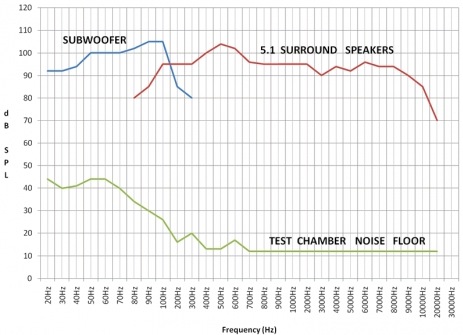 The Sound Egg can be configured to Stereo, and can be used as a personal sound booth. With its full range sound abilities; playing music is outstanding. The Sound Egg has great Studio Speaker Qualities as they can completely replace the expensive large speakers. The 10″ sub woofer shouldn’t be overlooked either, because it feels like sitting on a bass drum.

Acousticom has created something new in the Audio Market. The first 5.1 Surround Sound Audio Egg Chair that will be very popular at CES 2010 for all interest groups. 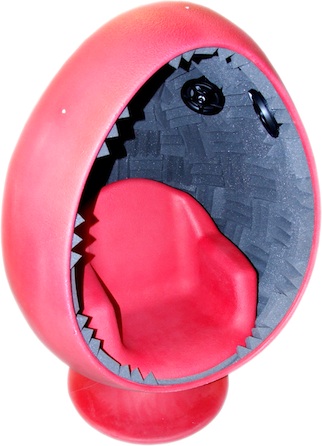 Dimensions and Measurements:
Sound Egg take roughly 33″ of space to pass comfortably through a doorway.

About Acousticom Corporation:
Acousticom was established in 1980 by Benjamin Cochran, and since then has become a competitive military contractor and consumer products manufacturer. President Mark Cochran’s 20 year engineering passion has finally come to life with the developing of the Sound Egg.