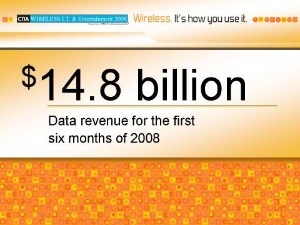 CTIA-The Wireless Association announced that wireless data service revenues for the first half of 2008 rose to $14.8 billion. This represents a 40% increase over the first half of 2007, when data revenues totaled $10.5 billion. Wireless data revenues now amount to 20% of all wireless service revenues, and represent money that consumers spend on non-voice services.

“These statistics prove that wireless service in today’s marketplace means so much more to American consumers than just voice-calls,” said Steve Largent, CTIA-The Wireless Association President and CEO. “More and more people are using wireless devices to access the Internet, take photos, get directions, watch videos, download music and send text messages. But this is just the beginning. When wireless customers want even more from their handsets and networks, the industry will continue to respond, evolve, innovate, and deliver to meet this growing demand.” 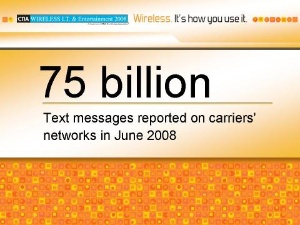 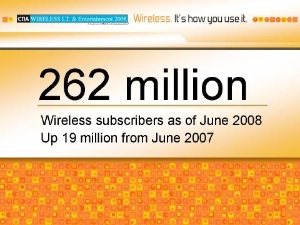 As of June 2008, the industry survey recorded more than 262 million wireless users. This represents a year-over-year increase of nearly 20 million subscribers. The industry’s 12-month record for subscriber growth was reached in 2005, when 25.7 million new users came online.

Information about the survey is now available. Also, be sure to watch informative video segments with Steve Largent as he comments on the text messaging and wireless data revenue metrics.

The CTIA Semi-Annual Wireless Industry Survey results were released this morning at CTIA WIRELESS I.T. & Entertainment 2008. The largest wireless data event in the internet, wireless, and telecommunications industries, is taking place between September 10th and 12th at Moscone West in San Francisco, California.

techPowerUp2 months ago
You Are Here