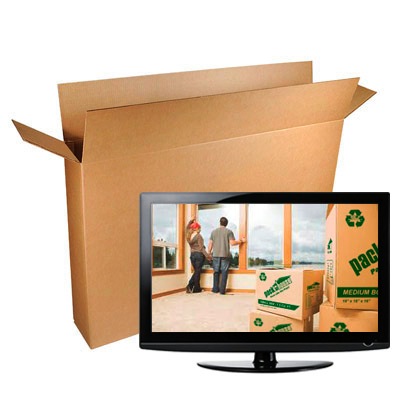 In 2011 worldwide TV shipments fell for the first time since NPD DisplaySearch began tracking global TV shipments in 2004, slipping 0.3% to 247.7M units. As reported in the latest NPD DisplaySearch Quarterly Global TV Shipment and Forecast Report, LCD TV shipments increased by 7% to just over 205M units in 2011–a substantial slowdown from the double digit growth in previous years. With plasma TV shipments declining almost 7% in 2011 to 17.2M units, the largest decline yet, and CRT shipments falling 34%, LCD growth was not enough to offset these declines.

"The causes of slow demand in 2011 were complex, and although LCD TV showed growth, results were well below industry expectations." noted Paul Gagnon, NPD DisplaySearch Director of North America TV Research. Gagnon added, "The low level of shipments were partially caused by excessive inventory levels early in 2011 for the US and European markets, as well as a sharp drop in demand in Japan following the end of the government sponsored Eco-Points program that caused a surge in replacement activity during 2009-2010."

Q4'11 shipments were down 4% Y/Y globally to 74.2M units, with LCD TV shipments rising just 1% (also the lowest growth rate since NPD DisplaySearch began tracking shipments). Plasma TV units were down 8% and CRTs were down 43%. The decline in units was most pronounced in Japan and Western Europe with only mild growth in North America. Collectively, TV shipments in the developed regions (North America, Japan and Western Europe) declined 21% Y/Y in Q4'11. TV shipment growth in emerging regions continues to be strong though, increasing 12% Y/Y in Q4'11 with LCD TV unit shipments rising 20%.

The LCD TV shipment share increased to a record 86.5% of global TV shipments in Q4'11, up from 83% in Q3'11 and 82% one year ago. LCD TV shipment growth is strongest in larger screen sizes with very aggressively priced models shipping for the holiday season. Shipments of 40" and larger LCD TVs rose 20% Y/Y while sub-40" fell 7%. Average prices for 40/42" LCD TVs were down 11% Y/Y, and 60"+ average LCD TV prices were down more than 16% Y/Y. LED backlight penetration continues to grow slowly, rising above 50% of LCD units for the first time in Q4'11, although only about three percentage points higher than in Q3'11. The high premium for edge-lit LED LCD TVs is still an inhibitor to adoption, but new low-cost direct-lit LED models arriving in 2012 will help speed adoption.

Plasma TV unit shipments continued to decline, falling 8% Y/Y in Q4'11 after a 14% decline in Q3'11 and 6% decline in Q2'11. This decline demand coincides with a shift to larger screen sizes and focus on greater profitability, with the 50"+ share of plasma TV shipments increasing more than 50% for the first time in Q4'11.

China remained the top region for TV shipments at 21%, unchanged from the previous quarter, totaling 15.6M units for the quarter and 49M units for the year. China also had strong growth in 2011, with shipments increasing 19% Y/Y in Q4'11, the highest of any region. More than 90% of TV sets in the region were LCD as of 2011. North America was the second largest region for TV shipments, accounting for 20.5% of shipments in Q4'11, and was the only developed region to experience Y/Y shipment growth.

3D Shipment Share Continues to Rise, Increasing to 14% of Global TV Shipments in Q4'11
3D continues to show gains worldwide as a percentage of TV shipments, posting gains in every region, but most impressively in China and Europe. In a somewhat surprising result, 3D penetration continues to be lackluster in North America, accounting for just 9% of Q4'11 TV shipments as opposed to 21% in Western Europe and 23% in China. 3D TVs accounted for more than 24M units shipped worldwide in 2011.

Samsung Expands #1 Flat Panel TV Market Share to Record Levels
Samsung's global flat panel TV revenue share increased in Q4'11 to 26.3%, which is a record level for any brand and a three percentage point increase from Q3. Samsung was also the revenue market share leader in both LCD and plasma. This was the first time that a brand other than Panasonic led in global plasma TV market revenues. Samsung was also the top brand in 3D TV and LED TV shipments. LGE was the #2 brand worldwide at 13.4% and, besides Samsung, was the only other top five TV brand to see revenue growth Y/Y in Q4'11. Sony rounded out the top three at almost 10% revenue share, but saw a more than 30% decline in revenues Y/Y.