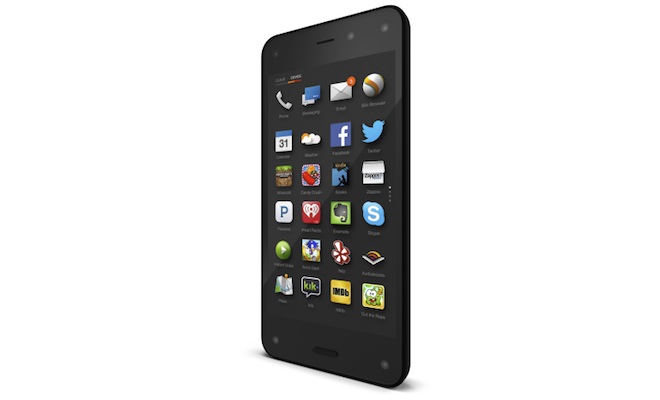 Electronics retailing giant Amazon took the wraps off the new Fire phone this week (chief Jeff Bezos gushed that the black brick is “gorgeous”), and within seconds the pundits fired across the bow with a host of complaints. At $200 with a two-year AT&T agreement, critics already say the new phone from Amazon is too expensive, too much like the iPhone, doesn’t change the face of telecommunications, etc.

The San Jose Mercury News reported that the Fire’s cool innovations “likely won’t be enough to overcome the daunting obstacles the Fire will face, especially against Apple’s iPhones and smartphones powered by Google’s Android. This Fire is more likely to burn out than to become a blazing success.”

Maybe. We’re more interested in how actual Amazon customers will react to holding Fire in the hand.

So while the Amazon Fire phone may have failed to impress some of the trendwatchers, here are five things to consider as Amazon starts shipping its own digital shopping assistant in July:

In fact, hardly anyone is talking up the fact that you can TALK on the Amazon Fire. It’s true value will be the skids that are greased between the Fire consumer and the products and media that are consumed. The “Firefly” feature takes the practice of showrooming to a new level. Now you don’t have to type in the name of a product or use Amazon’s app to check prices. Just snap a photo. USAToday calls this feature a “potentially seductive” way to get people to buy more stuff.

Online shoppers have come to expect ALL online retailers to offer Amazon’s level of customer service: speedy order confirmation, prompt delivery, no-hassle returns. Now that there is a phone that can deliver music just by listening to what you like (even though there are apps like SoundHound that already do this), the well-connected Amazon customers may demand such functionality from other devices – even if they don’t switch to the Fire. While there has been much written about the multiple cameras on the front of the Fire that offer a simulated three-dimensional viewing experience, it’s really the back-of-the-phone camera that is going to be Amazon’s biggest asset – paired with the new Firefly “let us find it and help you buy it” functionality supposedly able to search and find some 100 million things. Sounds like magic.

As an iPhone convert who cannot stand the virtual keyboard, Amazon is planning to skip over tedious fat-finger correction problems by equipping the Fire with the ability to read handwriting and printed material to automatically digest contacts and other information. Brilliant. Apple and Android will have to follow suit.

When reading a Kindle offering on the new Amazon Fire phone, the phone will watch YOU read. Pages will apparently adjust based on the way that your eyes will read the screen (which is slightly larger than the iPhone5 screen.) Fascinating. A little creepy, but quite possibly an innovation that consumers will begin to expect. And it will be super easy to reach out for help via the phone’s Mayday button – copied from one of the Amazon tablets. Yes, sometimes it really is important to listen to consumers and help them out without being subjected to a barrage of phone trees and recordings.

Battery life is unknown for all of these whiz-bang features. iPhone and Android users have become accustomed to stalking for power outlets in airports and hotels and snapping up external cases that can double the wimpy battery life for most phones. Amazon’s Fire may also be a battery-draining wonderphone. Or maybe it’s smart enough to automatically do things like disable background apps that really do NOT need to be running.

For those wanting the laundry list of specifications on the new Kindle Fire smartphone, here’s what ZDNet reported:

That’s our take on the new Amazon Fire Phone, but we’d like to know what you’re looking for in your next smartphone. Let us know here, on the ArlandCom Take 5.

Thanks for Taking 5 with ArlandCom.