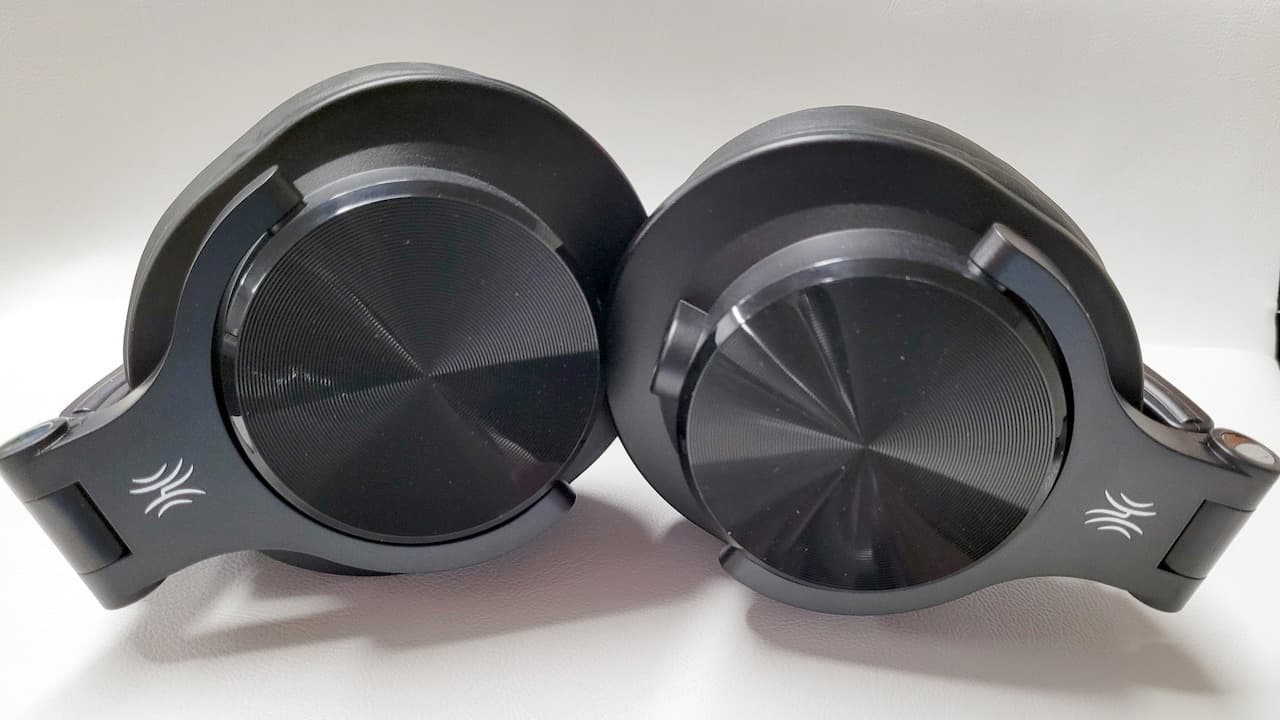 If your budget for headphones falls below $100, you’ve probably heard of OneOdio; their advertising is everywhere and the company has brought quite a few successful headphones to market under their own brand and as an OEM for other companies. It should come as no surprise that OneOdio have recently introduced two new IEM models and four over-ear headphones with ANC. The OneOdio A70 Fusion Wireless model retail for $59 USD but it’s certainly not hard to find them on sale for $40 – $50 with a quick search.

The 10 year-old brand now offers more than 35 models for DJs, gamers, and music listeners and we were very curious to see if the hype online is just that.

The build is almost entirely plastic with metal headbands, adjustments, and hinge pins so while you won’t find exotic woods, they do have reinforcements in the high stress areas and if treated with reasonable care should hold up well.

The OneOdio A70 is offered in 4 different colors; solid black, black with white accents, black with red accents or silver with tan pads and headband. As expected for a portable model, they are folding design and come with a travel bag for storage and transport.

The pads are memory foam and protein leather with roughly ½ inch depth from pad surface to driver. The A70 cups are limited to about 25° of travel on the horizontal axis and about 75° to the rear and 15° to the front on the vertical access.

The pads and clamping force combine to make a very comfortable headphone and with a 50 hour reported battery life on the A70, that’s an important fact to consider.   There is some heat build-up due to the materials in the pads but it isn’t excessive or uncomfortable.

This arrangement also provides the ability to use the second port on the headphone as a pass through and daisy chain multiple headphones from the same source. I found this worked well but would caution that it does change the impedance and sensitivity seen at the source and low-end sources may not have circuits designed to power multiple headphones simultaneously so don’t go nuts and chain 12 of these from your iPhone.

Perhaps more importantly for a DJ environment, it has a locking jack so the cable won’t get pulled loose off the headphones during a performance. The lock is a twist lock mechanism that requires a 90° turn of the jack to lock or unlock the cable.

The cable is still usable with the sharing, but does require that the source not have a protected or recessed jack as the lock will prevent the jack from seating to full depth in those circumstances.

The A70’s wireless mode supports SBC only in my experience as forcing my Samsung S21 to use aptX or LDAC in the developer options resulted in the A70 failing to connect. Even with only the baseline protocol for Bluetooth, the A70 fared fairly well in my tests with nearly 10 meters between source and headphone before experiencing drop-outs; however a single interior wall did routinely defeat the connection.

The battery life is advertised as 50 hours and while that may be a touch optimistic, I was able to routinely get slightly over 40 hours (3 cycles). The controls are easy with 3 buttons on the right cup for forward, play/pause and power on/off, and a micro-USB port on the left for charging.

Those of you who are tired of having to load an app to control basic functions will be happy to know none is required here.

Internally, the A70 uses a 40mm dynamic driver with a nominal impedance at 32 Ohms and sensitivity of 110dB/mW.  Those numbers suggest it should be easy to drive and I found it was had no trouble getting adequate volume from a dongle DAC or low powered source when used as a wired headphone.

The A70 has good sub-bass rumble with some roll-off evident below 35Hz and a big elevation to the lower mid-bass range that makes this a headphone for bass lovers. The bass is big and bold, but also a bit loose as it can obscure the lower midrange and isn’t as articulate as options at higher price points.

Still, it does get the blood pumping and with the stated purpose of the A70 being DJ and pop music, the bass boost will be appreciated by the target audience.

The midrange does take a bit of a backseat and sound recessed between the two mountains of mid-bass and treble that exist on either side. Guitar has sufficient growl and male vocals have good weight to them while the upper-mid/lower treble emphasis puts female vocals considerably out in front of their male counterparts.

The treble is emphasized nearly all the way through the range but is a bit uneven as the lower treble is more elevated than the rest and there is some emphasis in the 9-10kHz range that can come across as a bit strident.

Top end air and overall clarity is good for a closed back, but the trade-off is these can be harsh and sibilant with tracks that lean that way. Again for pop music where the bulk of the sound is well below 8kHz, it will be less noticeable than on strings or full orchestral pieces.

If you can find a pair of the OneOdio A70 on sale for under $50 this holiday season, my suggestion is that they might make a teenager or tween happy with their tilted bass response and a tonal balance that favors pop music. The build quality is reasonable and the ability to daisy chain a second pair might be a fun gimmick for the kids.