In 2020 Denon introduced six 8K receivers, priced from $649 to $5499, all of which add support for HDMI 2.1. Priced at $1499, the Denon AVR-X3700H is in the sweet spot of the lineup. There are two lower (powered) models, and three higher (powered) models. All contain the same HDMI 2.1 chipset, which promises the highest speed signal path, the best audio/video resolution pass-thru, and simpler setup. It’s the standout feature that sets it apart from the competition. However, sometimes being first the party can feel a little awkward.

Forbes was first to report a HDMI 2.1 bug affecting all Denon’s 8K receivers, which prevented Sony PlayStation 5 (PS5) and Xbox Series X gaming consoles from functioning at maximum resolution and frame rates (4K @ 120 Hz) when connected through the receiver. Denon acknowledged the issue and has recently demonstrated a fix that works for PS5 only, but not Xbox Series X.

Ultimately, HDMI 2.1 compatibility has turned out to be very confusing, despite its initial promise of simplicity. Currently only a few high-end TV sets from LG and Samsung support HDMI 2.1, along with the newly released PlayStation 5 and Xbox Series X gaming consoles. All devices in the signal path require HDMI 2.1 compatibility. The Denon receiver merely acts as a pass-thru device for video, while simultaneously processing audio through a single HDMI cable. It should be simple, which lead to a lot of optimism when Denon first released 8K receivers, as any one of them could be the last receiver you’d need to buy for a while.

Whether HDMI 2.1 matters depends on your setup. If you’re not a gamer, and don’t plan to buy a Xbox Series X, there is little to worry about. All HDMI inputs work fine for all resolutions up to 4K @ 60 Hz, which is what the majority of 4K TVs are actually capable of right now. Movie watchers should also feel at ease as there are no movies that support refresh rates that high. Most movies are shot at 24 frames per seconds.

Now lets retrench, and go over what else is important when considering purchasing the Denon AVR-X3700H A/V receiver. For starters, this receiver is feature packed, loaded with inputs, and handles both Dolby Atmos and DTS:X in configurations up to 11.2 channels.

The AVR-X3700H offers 9-channels at 105-watts and has two subwoofer outputs, which makes it a 9.2-channel receiver. It has preamp outputs for all channels, including two extra pre-outs to achieve an 11.2 surround sound system. There are seven HDMI inputs and three HDMI outputs, including support for eARC and second zone capability. Only one HDMI input supports HDMI 2.1 (8K), which is what all the fuss is about. It also supports legacy equipment with RCA inputs, component video, and even has a phono input. Bluetooth, Wi-Fi, AirPlay 2 and Ethernet networking are built-in, along with support for Google Assistant and Amazon Alexa.

My setup had the AVR-X3700H connected to Samsung The Frame 4K TV, two RSL Speedwoofer 10s subwoofers (review coming), and five Origin Acoustics D67 in-ceiling speakers. As a 5.2 system, the AVR-X3700H offered more than I needed, as four amplifier channels went unused. That’s not necessarily bad, as it probably gave the power supply some breathing room. Although it didn’t allow me to test things at full throttle. However, I can say a 5.2 setup worked quite well, very good in fact.

At 105-watts per channel, the AVR-X3700H had no problem handling complex movie scenes at high listening volumes. Surround sound cues were impressive. Even with only a 5.2 in-ceiling setup, the receiver (or the speakers) did an amazing job concealing their locations. Spatially placed sounds could appear from far off screen or overhead when appropriate. Very cool, although that’s to be expected from Dolby Atmos. Nonetheless the AVR-X3700H delivered on the audio side for home theater!

Benchmark tests from Amir at AudioScienceReview.com confirmed the AVR-X3700H tested very well. It measured near the top of all A/V receivers for 2020 — surprisingly even the best among all Denon’s 2020 A/V receivers. “So buy the 3700H with peace of mind knowing that it performs quite well (for an AVR),” said Amir (owner of AudioScienceReview.com). Interestingly, it’s predecessor the AVR-X3600H tested 1db better in the SINAD measurement. So it seems Denon is consistently getting a lot right in its mid-range A/V receiver line.

Like any A/V receiver hookup and setup can be complicated, especially for first-timers. There’s more to get wrong than get right. A minimum home theater setup requires connecting five wired speakers, an HDMI connection between eARC ports on the receiver and TV, and running a RCA cable from the LFE (subwoofer line-out) to a powered subwoofer.

From there you’ll want to use the on-screen menu that Denon displays on your TV for the rest of the configuration. Pressing the “setup” button on the remote should get Denon’s home screen menu to appear.

Denon also provides a mobile app named Denon 2016 AVR Remote which can help with setup. Not everything works via the app, and things like Audyssey setup required going through the “Setup Assistant” on-screen menus. The best reason for using the app is to be able to change setting changes while listening/watching at the same time.

In addition, Denon has another app called HEOS, which configures music streaming options. HEOS is Denon’s competitor to Sonos to enable whole-home music listening across a range of compatible HEOS devices and wireless speakers. HEOS also functions as the bridge that makes the receiver work with Amazon Alexa or Google Assistant. However, you’ll need to use yet a third app from Google or Amazon to get voice services to work by adding a “HEOS skill.”

Not gonna lie, Alexa voice setup was not that simple. I was eventually able to get a first generation Amazon Echo connected to the receiver, wirelessly. Then I could issue commands such as, “Alexa, play music on receiver” or “Alexa, turn off receiver”. I could also say, “Alexa, next track” or “Alexa play [song title, artist or playlist] on receiver.” Very cool! Just one catch, voice commands only worked with Amazon Music. And you have to remember to say, “on receiver” so Alexa knows which “speaker” to direct the sound.

Other music services can play through the receiver, either via Bluetooth, AirPlay 2 or Spotify Connect from a smartphone/device on the same Wi-Fi network. Tidal works too, but only up to lossless FLAC 16bit/44.1kHz. Also, the new Tidal Connect feature is not an option. Hi-res streaming service Qobuz is also not supported, although the AVR-X3700H spec sheet says it supports hi-res audio formats such as DSD Audio Streaming (2.8/5.6MHz), FLAC HD 192/24, WAV 192/24, ALAC 192/24 and Gapless playback.

There are two ways to configure surround sound settings: manually via on-screen menus or by using the Audyssey guided setup. Either way, you’re essentially aiming to level-match all speakers, set the distance of each speaker to the primary listening position, and get the subwoofer volume/crossover set correctly. The Audyssey setup helps accomplish this automatically through a series of steps.

For Audyssey to work you’ll need to connect the included microphone and string it across the room to your center seating position at ear height. Once connected follow the Audyssey on-screen guide which will begin playing test tones through each speaker to calibrate settings automatically based on your room acoustics and speaker placement. The whole process takes about 10 minutes, and anytime you move speakers, it would be advised to re-run the Audyssey setup.

Since I knew what I was doing I first set things manually, but the Audyssey setup was eye-opening. Audyssey quickly flagged my subwoofer gain (volume) was set too high, suggesting I turn it down to 25% (from 40%) of full volume. Strangely, Audyssey set my front speakers to “large” when they were physically “small”. The small/large setting in the receiver specifies when to route low frequency bass to the subwoofer. A “small” setting means more bass goes to the subwoofer. A “large” setting (typically for tower speakers) keeps low frequencies going into a full-range speaker. The crossover setting is the split point at which different frequencies get routed. Audyssey set mine to 90Hz, which is in-line with most recommendations to keep bass unlocalizable. Audyssey got the speaker distances close, but not exact. It was about 2 feet off from the exact measurements for each speaker.

So you may want to use Audyssey settings as a starting point, not the final arbitrator. Nonetheless, there was a noticeable improvement before Audyssey and after. Further adjustments made sound even better.

Getting the bass right, will have the biggest impact on the overall sound quality of your home theater. It’s also the hardest to get right, because multiple factors are involved including placement of the subwoofer itself. You’ll also need to make sure the settings on the subwoofer correspond to the receiver’s crossover/bass/LFE settings. That usually means operating the subwoofer in crossover bypass mode to allow the receiver to control crossover points.

Since I was using in-ceiling speakers that didn’t generate much bass, I had better luck with a higher crossover setting at 180 Hz. Your mileage may vary depending on your room, subwoofer type, speaker sizes, and speaker locations. Don’t hesitate to experiment.

Now back to the one issue that could be a dealbreaker for potential buyers: HDMI 2.1 compatibility. As of publication of this review (December 2020), Denon released a video showing their 8K receivers can now pass-thru 4K @ 120 Hz content from a PlayStation 5 gaming console to a Samsung Q800T 8K TV. A second video confirms PC gamers with a NVIDIA RTX 30 Series Graphics card also works through a 2020 Denon receiver. In both cases, it’s neither simple or automatic. You’ll have to dive deep into the settings menus of both the TV or PC and receiver. Unfortunately, HDMI 2.1 issues are not completely solved as Denon is still working on a fix for Xbox Series X.

Although the Denon AVR-X3700H A/V receiver is not as user friendly as I would have liked, I thoroughly enjoyed my time using it to watch TV and movies. I’d recommend it with reservation that you know what to expect regarding HDMI 2.1 complexity. Alternatively, there’s last year’s AVR-X3600H (check Amazon) that’s basically identical without any HDMI 2.1 support for less money. Otherwise there’s the hope Denon fixes outstanding issues soon, or at least in next year’s 2021 A/V receiver line.

Our Best of 2021 Soundbar picks feature some great options from Sony, Polk, Sonos, Samsung, and Vizio for every budget. 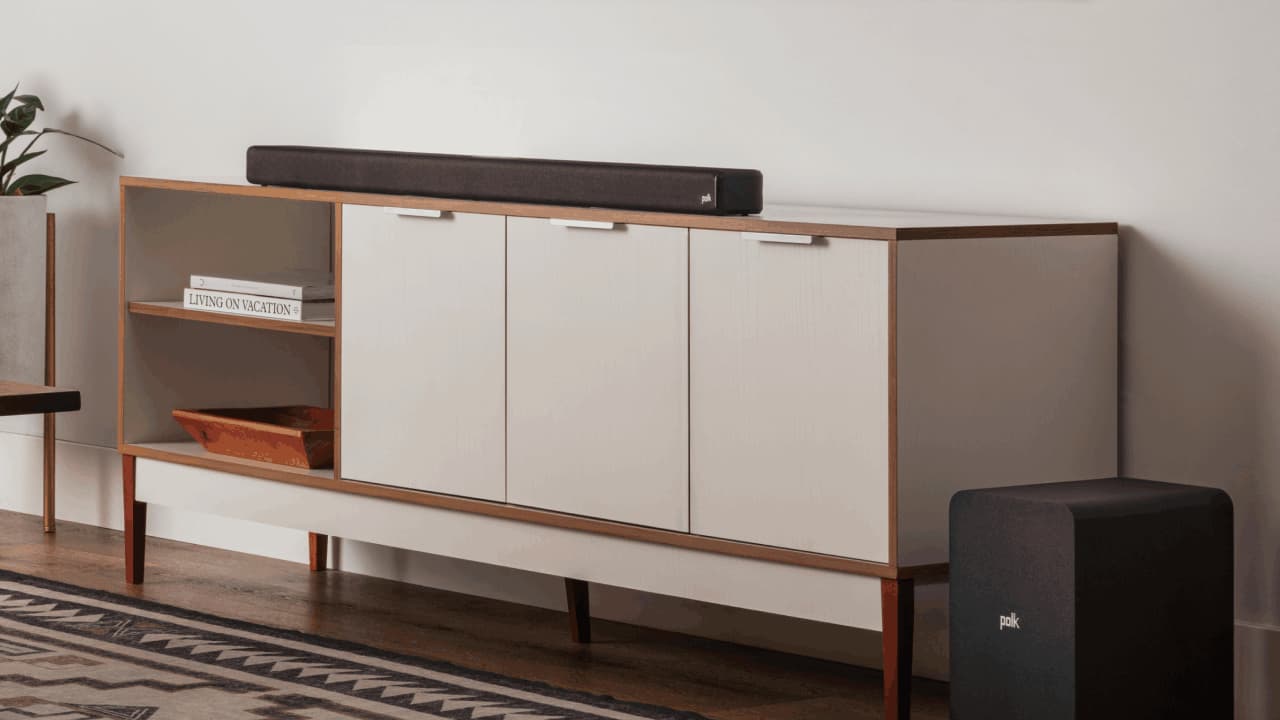 What is DTS:X? What You Need to Know

DTS:X is an immersive surround sound format that is both similar and different from Dolby Atmos. Find out how DTS:X and its variations work. 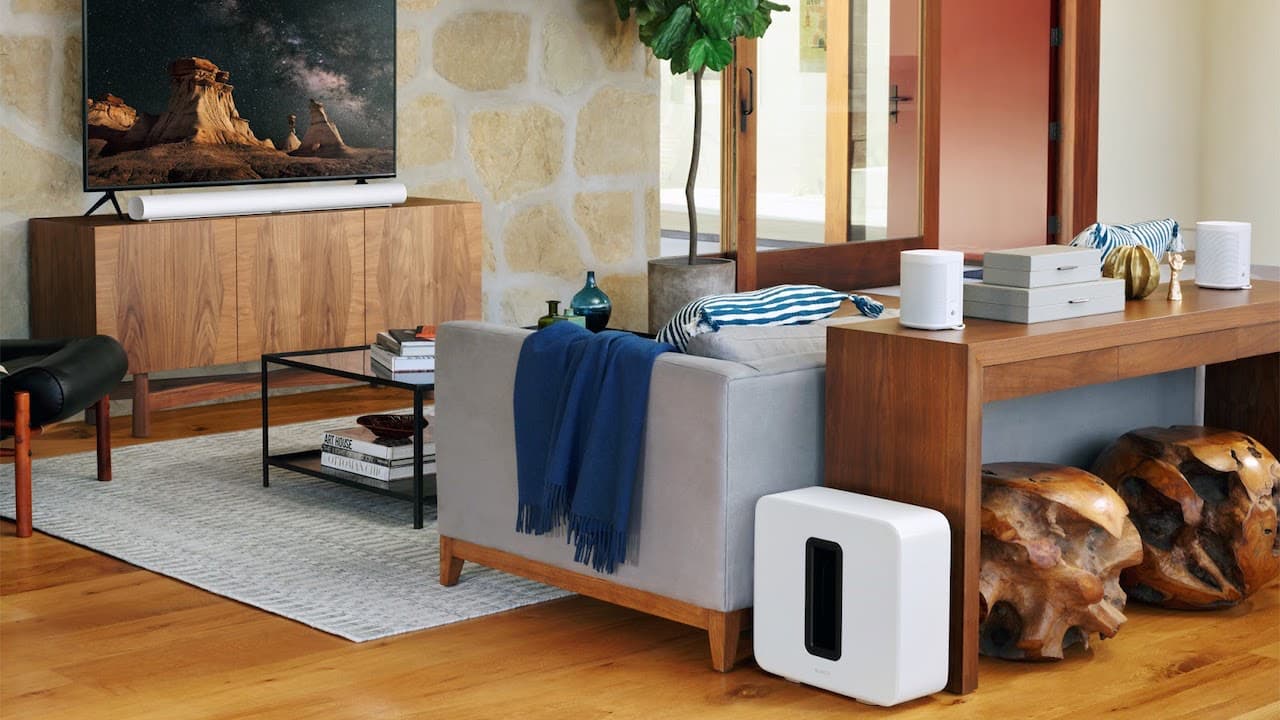