Even better than the original, the new iPad 2 runs apps faster and gets two cameras for video calling

I’ve had my iPad 2 for almost two weeks now and I can say, without hesitation, it’s more fun than my iPad, but not by much.

If you’re into the cosmetic and feature differences between the two devices, there is an excellent, geeky review on engaget.com and even more iPad 2 reviews here.

Cameras: The iPad 2 has two cameras. They both suck. About the only thing you can use them for is video chatting and taking quick pic for Facebook. Considering how much hype there was around the camera, the picture quality is hugely disappointing.

Apps: The iPad 2 features more powerful computer hardware than the iPad so it can run more hardware-intensive apps. Two stick out: Garage Band and iMovie. These two apps set the iPad 2 apart from the iPad. The iPad is primarily a media consumption device. You can check email, browse the web, watch a movie — but, because it is not a very powerful computer, there is not much media creation to be done. That is not the case with the iPad 2. Garage Band is buggy and sluggish on the original iPad, and buggy but awesome on the iPad 2, and iMovie (which only works on the iPad 2) is serviceable. At $4.99 each, they are an astounding bargain and clearly demonstrate the evolutionary step that the iPad 2 has taken over the iPad. With an iPad 2 you can both consume and create.

The Official Apple iPad Case: The new iPad 2 case called a Smart Cover is really very clever. However, it’s just a screen cover with some magnets in it and, to be honest, I think it’s a pain to use. Will you love it? Doubtful. Thankfully, there will be literally hundreds of other choices. 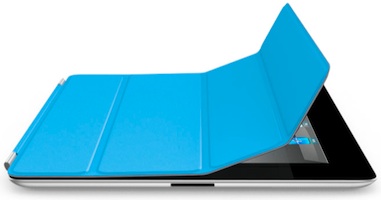 I have an original iPad, should I buy an iPad 2? Not necessary. Your original iPad still does almost everything that an iPad 2 will do. The only reason to purchase a new iPad 2 is for the built in VGA camera that faces you. The “HD” camera (it’s in quotes because it is a very poor excuse for an HD camera) that faces away from you is awful. If you really want to video chat on an iPad, you will have to purchase the iPad 2. Also, if you are a musician or video maker and you really want to use the iPad as a music or video creation tool, you’ll need an iPad 2. The iPad will not run the new software. That said, as cool as Garage Band and iMovie are, if you’re serious about media creation, you really need a MacBook Pro or a killer Windows 7 box. On the other hand, because it has better hardware specs, I expect a new crop of apps to evolve that will take advantage of the power. None of the new, cool stuff will be backwards compatible because the original iPad hardware just won’t have the juice. Truly, there’s no hurry. Just wait for an app you can’t run on an original iPad and then decide if you need to drop another $829 for the privilege of running the app.

I’ve never had a tablet before, should I buy and iPad 2? Like all Apple iProducts, the iPad 2 is a fashion accessory. If you want one, nothing else will do. However, if you are going to use it on the go, remember it is a 3G device. There are several 4G devices on the market. The iPad 2 will access the Internet six to 10 times slower than 4G devices. However, over WiFi it will be the same speed. Importantly, iPads (original or iPad 2) will never play flash files. This means that you cannot see the graphs on Google Analytics or other sites that use flash to generate graphs and charts. You will never see flash video on an iPad. I was taught, “Never say never,” but Steve Jobs has spoken. If you’re up for going rogue, there are a bunch of other tablet choices that are compelling.

Should I get a Motorola Xoom or an iPad 2? iPad is to Apple as Xoom is to Google. If you are a gmail, Google calendar, Picasa, YouTube, Google Documents user, the Xoom is going to blow your mind. Google apps are seamlessly integrated into the Xoom and the interface is both emotionally satisfying and highly usable. The Xoom is upgradable to 4G and will soon be able to play Flash files. If you have an Android phone and like it, you will love the Xoom. The key decision factors for Xoom over iPad 2 are 4G and Flash. If you don’t know what 4G and Flash will mean to you, take a minute to learn. This is a non-trivial difference between the devices.

What about the BlackBerry Playbook or the Samsung Galaxy Tab or the HP TouchPad or wait for the HTC Flyer? Like I said, there are a bunch of tablet choices that are compelling. Some analysts are predicting a “tablet bubble,” saying that manufacturers have overproduced these devices to keep the prices competitive. If they are correct, tablets are going to actually get cheaper as the oversupply causes downward price pressure. Right now, Apple is the clear leader. The iPad defined the tablet market and everyone else is playing catch-up. This may not change. Apple has an uncanny way of staying aesthetically ahead of the hardware market and, as I said earlier, iProducts are fashion accessories as much as they are digital tools. However, in the next few months you will see Android tablets and WebOS tablets hit the market. They will all give you access to email, the web and hundreds of thousands of apps.

The bottom line: If you want an iPad 2, go for it. You won’t be sorry.