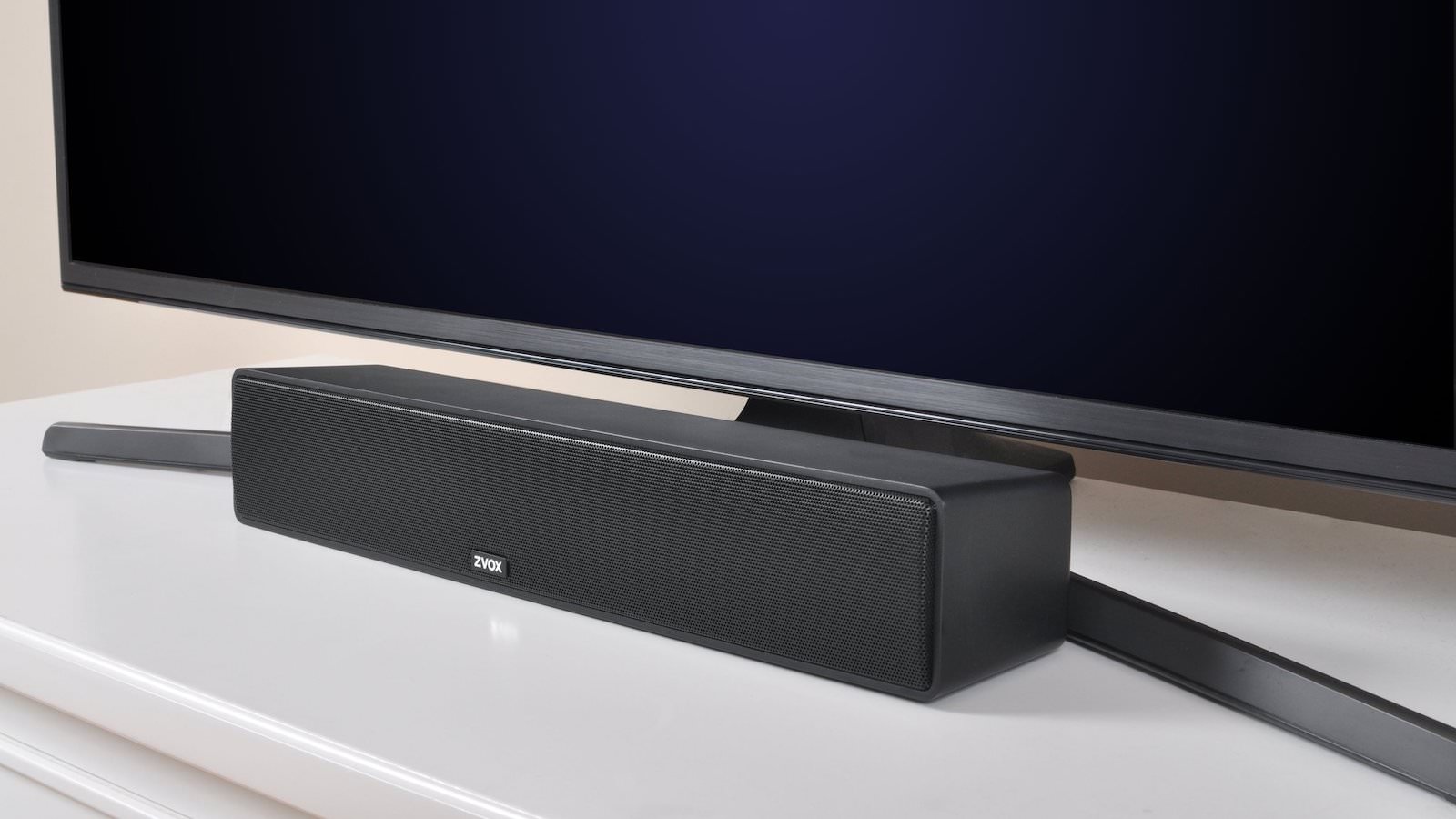 The AccuVoice AV157 speaker combines six levels of AccuVoice dialogue boost, but also allows the consumer to add SuperVoice algorithms to each of those levels – giving the user 12 levels of dialogue boost and unprecedented voice clarity.

In addition to 12 levels of dialogue boost the AV157 also includes ZVOX’s new “Alexa® Ready” feature which allows a user to connect an Alexa Echo® device to Input 2 and use it while listening to TV programming. For example you can be watching a football game and ask Alexa for the score of another game. The AV157 automatically turns down the sound of the football game long enough for you to hear Alexa’s answer through the speaker, then automatically turns up the soundtrack for the game.

“With 12 levels of dialogue clarifying technology, the AV157 is perfect for people who have no hearing issues at all (but want better sound than what you get from a flat-screen TV) and it’s also beneficial for people with fairly serious hearing issues. It is an extremely smart, versatile product.”

If you don’t need Alexa connectivity or the extra six voice algorithms, ZVOX’s older sound bars may fit the bill for less money including the ZVOX AccuVoice 200.