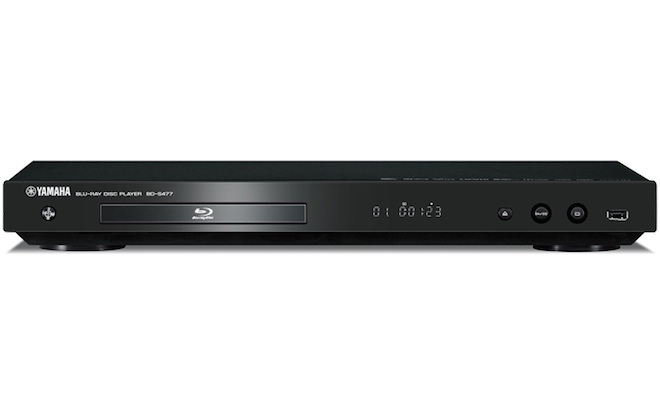 This powerful Blu-ray Disc player is able to stream video, music, game content and images from mobile devices, the Internet and other components. It also supports the popular Yamaha AV Controller App for Apple iOS and Android devices that provides seamless control of the player.

The BD-S477 complements the company’s current line of AV receivers in styling and operation, including HDMI CEC support that enables the player to be powered on and off and play discs at the touch of one of the SCENE buttons found on all Yamaha AV receivers.

With a direct USB connection via the player’s front panel port, users are able to access content stored on portable devices and flash drives. This model is also DLNA Certified and can wirelessly playback content from PCs and NAS devices. The BD-S477 offers a wide range of multimedia format compatibility and a complete list of these formats can be found at the link below.