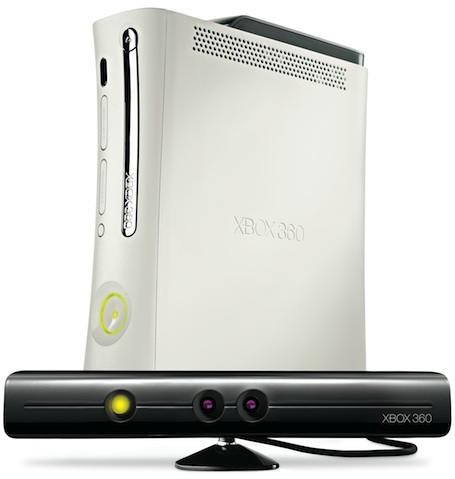 Xbox 360 today announced widespread enthusiasm from the world’s leading video-game publishers for “Project Natal,” a whole new way to play — no controller required. Developers across the globe have embraced the technology and have begun work on titles that will deliver extraordinary entertainment experiences for everyone to enjoy. Coming just three months after “Project Natal” was unveiled at E3, the announcements at the Tokyo Game Show underscore the swift industry support for the revolutionary controller-free experiences being developed exclusively for Xbox 360, the premier games and entertainment system.

Among the elite publishers actively working on games for “Project Natal” are Activision Blizzard, Bethesda Softworks, CAPCOM, Disney Interactive, Electronic Arts, Konami, MTV Games, Namco Bandai, Sega, Square Enix, THQ Inc. and Ubisoft. Together, these publishers account for more than 70 percent of third-party software sales for this generation of console and most of the world’s most recognized video game franchises.

“‘Project Natal’ gives the industry’s creators and storytellers the freedom to dream of new experiences and to tell stories never before possible,” said Don Mattrick, senior vice president for the Interactive Entertainment Business at Microsoft Corp. “The support of these creative partners testifies to the excitement that ‘Project Natal’ is generating among the most innovative minds in the industry, and is proof that Xbox 360 not only offers the best games and entertainment today, but will lead with innovation and new ways to have fun in the future.”

Further details of publishers’ new “Project Natal”-inspired projects will be released at a later date.

Underscoring the widespread enthusiasm for “Project Natal” among the industry’s top creative forces, Xbox 360 is hosting a high-powered panel at the Tokyo Game Show featuring three acclaimed Japanese industry luminaries: CAPCOM’s Keiji Inafune, creator of “Mega Man” and “Dead Rising,” Sega’s Toshihiro Nagoshi, creator of “Super Monkey Ball,” and Konami’s Hideo Kojima, creator of the “Metal Gear Solid” series. The three developers will discuss the possibilities for the groundbreaking new experiences that can only be achieved with “Project Natal.”

Unveiled for the first time in June, “Project Natal” is a code name for a whole new way to play. Combining an RGB camera, depth sensor and multi-array microphone running proprietary software, “Project Natal” enables gamers to play in a natural and inviting new way, free from the boundaries of a controller through the use of sight, sound and motion.

Publishers, who received development kits from Microsoft in early June, used the opening of the Tokyo Game Show to voice their excitement about “Project Natal.”

“Microsoft ‘Project Natal’ could fundamentally change the way players experience sports games,” said EA Sports President Peter Moore. “At EA, some of our top development teams are experimenting with these tools with the goal of delivering a completely fresh take on genres like sports and racing.”

“Activision is encouraged by the innovation that Project Natal will bring to the industry and how it can transform consumers’ video games experience. We have development teams working on Project Natal development kits to explore the creative possibilities this new technology affords,” said Dusty Welch, senior vice president and head of Publishing at Activision/Blizzard.

“I strongly feel that ‘Project Natal’ will expand the possibilities of gaming. It’s yet another component that adds to the appeal of Xbox 360 and demonstrates to users the broad level of entertainment it provides,” said Keiji Inafune, managing corporate officer and head of Research & Development Management Group at CAPCOM. “Personally, I too am extremely excited about ‘Project Natal.’ It’s really going to stir up our creative spirits. I think it’s going to bring new ways to play and new surprises to Xbox 360 fans and help further the development of completely original content. ‘Project Natal’ is definitely something people should look out for.”

“Ubisoft sees enormous opportunities with ‘Project Natal.’ With the 3-D camera, your body can become the interface,” said Yves Guillemot, chief executive officer of Ubisoft. “Any barrier related to the use of pad controllers that may have existed for potential gamers is now abolished. Ubisoft is already taking advantage of this major evolution to design new types of gaming experiences and attract more people to play video games.” 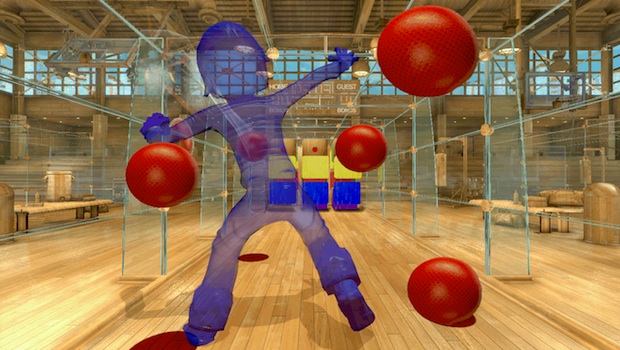 In addition to the broad industry support, Microsoft Game Studios is busy at work creating a diverse slate of experiences that will appeal to a wide variety of entertainment interests.

VideoGamer.com5 years ago
You Are Here