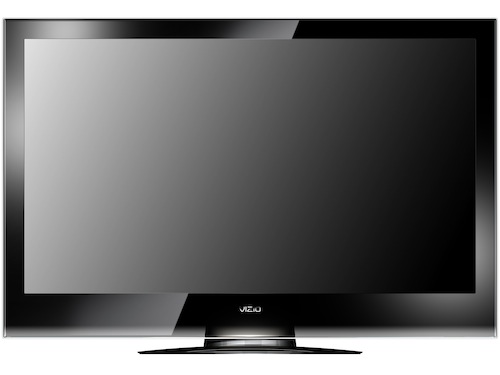 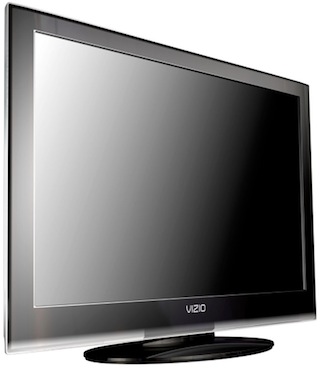 “VIZIO’s entry into custom and specialty electronics is great for the industry. VIZIO has built strong brand recognition, so offering specialty retailers and custom installers exclusive access to a line with features they can market is a nice sales tool. Customers already know the VIZIO brand and it’s an easy transition to educating them about the benefits of their advanced 3D, LED technology and unique solutions such as (21:9) 2.35:1 native aspect ratio HDTVs,” said Tom LeBlanc, Senior Writer/Technology Editor, CE Pro magazine.

“Our 2010 XVT Pro series offers a refreshing combination of the latest technology like 480Hz SPS™ TruLED™ coupled with must-have features like immersive FULL HD3D™ experience and VIZIO INTERNET APPS (with built in wireless networking) and wireless HDMI and Bluetooth capabilities. We at VIZIO are setting new standards for picture quality and user experience,” said Laynie Newsome, VIZIO Co-Founder and VP Sales and Marketing Communications. “50% of consumers want a 3D home theater, according to Quixel Research, and our new XVT Pro Series brings the latest technology to consumers who want the absolute BEST in class.”

Defining state of the art performance, these VIZIO 72″, 55″ and 47″ Full HD3D™ TVs advance refresh rates to 480Hz SPS™ with VIZIO’s Smooth Motion™ technology. Their TruLED™ brilliant LEDs pervade the entire display (Under 3″ profile) and have Smart Dimming™ circuitry that controls hundreds of zones of LEDs per screen to the precise light level per picture frame in 480, 120 and 160 zones, respectively. The XVT Pro series offers an incredible 10 million to 1 Mega Dynamic Contrast Ratio™ for extraordinary picture quality that delivers incredible color, and even brighter whites and deeper blacks than ever before while displaying 1.7 Billion Colors using a 10-Bit data input panel.

For environments with bright ambient lighting, the 55″ and 47″ models feature a unique anti-reflective panel that produces better contrast with rich and deep blacks even in brightly lit rooms.

FULL HD3D™
Utilizing SENSIO 3D technology to deliver 3D content over conventional 2D infrastructure, the new VIZIO XVT Pro Full HD3D TVs display stunning 3D content that the user can view with XpanD active-shutter glasses (sold separately). Unlike other 3D TVs that use passive stereoscopic imaging, VIZIO’s Full HD3D TVs can display full 1080p video to each eye by rapidly alternating between the left-eye and right-eye images within the same visual space. The special active-shutter glasses, which communicate with the television over Bluetooth, then transform each lens from opaque to transparent in perfect synchronization with the images displayed on the TV, which allows for delivery of the full frame rate capable by the television for the ultimate 3D HDTV viewing experience.

These sets can produce 3D images from SENSIO encoded material on conventional DVD and Blu-ray players, as well as from future distribution channels such as pay per view, video on demand, DTV and HDTV broadcasts.

“We are pleased to be working closely with VIZIO and be a part of the creation of a substantial install-base of consumers ready to watch 3D movies, live concerts, and sporting events from the comfort of their home,” states Nicholas Routhier, President and Chief Executive Officer of SENSIO Technologies.

“We are excited to partner with VIZIO as catalysts in the 3D revolution for the home,” said Maria Costeira, CEO of XpanD. “The combination of XpanD Cinema active-shutter glasses and Vizio displays will provide an immersive, dynamic and cost-effective solution for VIZIO XVT Pro owners.”

Wireless HDMI
Eliminating the need for an HDMI cable from source components to the display, the 72″, 55″ and 47″ XVT Pro Series have an integrated Wireless HDMI receiver built-in, using SiBEAM’s robust 60 GHz technology to receive HD content from high definition sources such as Blu-ray players or set-top boxes with full HD 1080p resolution when paired with a separately available VIZIO XVT Pro Wireless HDMI Adapter. The XVT Pro Adapter supports up to 4 HDMI sources and operates at 60GHz to avoid interference with other wireless devices in the home like cordless telephones and wireless networks that operate at 2.4 and 5 GHz.

VIZIO INTERNET APPS™ (VIA)
All of the XVT Pro sets feature the VIZIO INTERNET APPS™ (VIA) Connected HDTV platform, delivering unprecedented choice and control of web-based content directly to the television without the need of a PC or set-top box. Able to connect to the Internet using the built-in high definition wireless (802.11n dual-band) or a wired connection, accessing on demand movies, TV episodes, music and other online content is easy, using the included Bluetooth universal remote control with sliding QWERTY keyboard that makes thumb-typing easy. 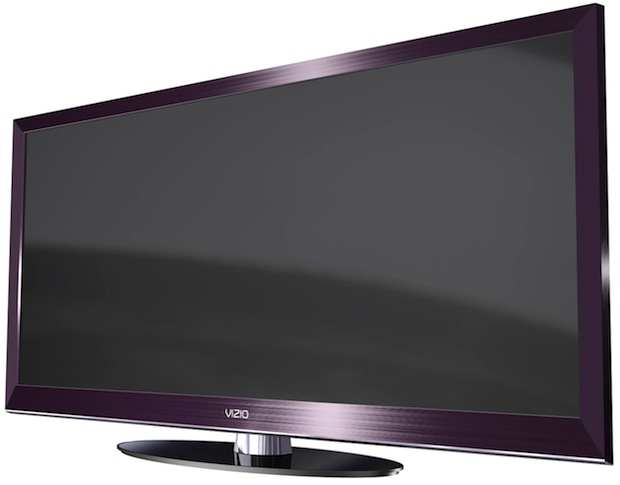 Taking a major step forward in enabling viewers to experience a fully immersive widescreen film experience without a separate projector and screen, VIZIO’s first Cinema Wide Display, the XVTPRO580CD offers the ultimate experience for the movie enthusiast. This 58″ Razor LED display has a 21×9 aspect ratio, with an incredible resolution of 2560 x 1080p, allowing consumers to view 2.35:1 “Scope” aspect ratio films using the entire display area, with no loss of resolution and no black bars. With 1 million to 1 Mega Dynamic Contrast Ratio™, Smart Dimming™, and 120 Hz with Smooth Motion technology, the XVTPRO580CD delivers brilliant details and rich colors to bring the cinematic experience into the home.

Its striking wide appearance is further enhanced by its brushed aluminum chassis. The Cinema Wide Display also includes VIA, built-in wireless (802.11n dual-band) or wired networking, and a Bluetooth universal remote control with sliding QWERTY keyboard. It is expected to ship later this year.