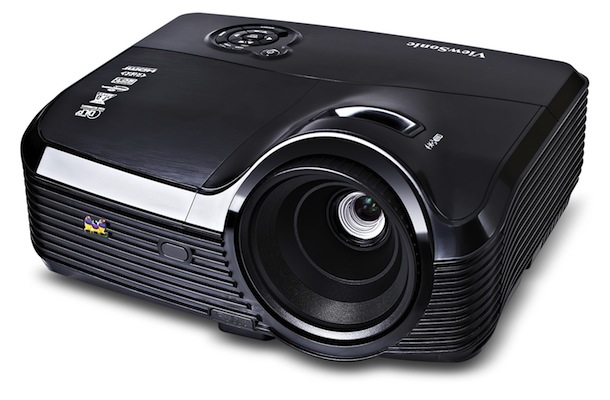 ViewSonic has announced updated DLP projectors to their PJD5, PJD6 and PJD7 series, for users looking for a budget-friendly projector for everyday use, network connectivity, or a high brightness solution.

PJD7 Series – High Brightness, High Performance
Kicking off the revamped PJD7 high performance series are the new XGA PJD7333 and WXGA PJD7533w (pictured above). Serving as part of ViewSonic’s specialty series, these projectors deliver business and education users with competitively priced high brightness and high-resolution solutions that support both wired and wireless LAN display functionality. Both come with 4000 lumens brightness and HDMI connectivity, the PJD7333 and PJD7533w are perfect for large lecture halls or business spaces in need of a heightened level of brightness and resolution to share detailed projects like architecture design, engineering drawings or intense graphic artwork, but that don’t require a Pro series projector. Packed with features, these projectors offer wired/wireless LAN display and PC-less presentations in addition to supporting ViewSonic’s mobile smartphone and tablet app, allowing for the wireless streaming of content from the device to the projector. Additional specialty solutions will be added to the PJD7 series in the coming months, including an exciting, industry-leading 1080p commercial offering. 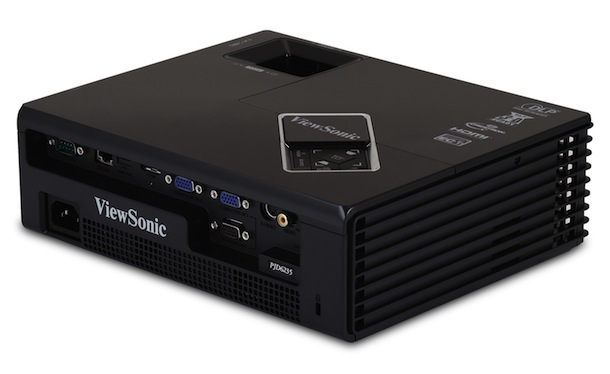 The new PJD6235, PJD6245, PJD6345, PJD6543w and PJD6544w join the current PJD6353s, PJD6383s and PJD6683ws today as part of the networkable PJD6 series. These projectors deliver remote projector management via an RJ45 connection, enabling personnel to control projector functionality from a single PC if they wish. As a result, educational users and larger corporations have an exceptionally user-friendly way to manage multiple networked projectors right from their workstations, receiving real-time status email alerts regarding everything from power, lamp life and unit presence. All PJD6 series models come standard with AMX® and Crestron® support, as well as HDMI connectivity for maximum versatility. With options including XGA and WXGA resolution, 2500 to 3500 lumens and regular and short throw choices, ViewSonic has the networkable projector to suit any need. For greater functionality, the PJD6345 and PJD6544w offer the ability to remotely send images and presentations from a desktop computer or a laptop to the projector, making it easy for the presenter to share the content of their desktop screen with the audience. These two models also support the display up to four screens at once, a useful feature for multiple users. Additionally, the PJD6345 and PJD6544w support ViewSonic’s mobile wireless streaming app. 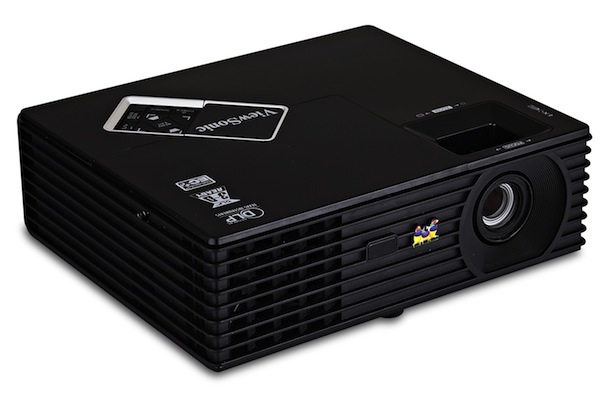 Today, ViewSonic is expanding its budget friendly PJD5 series to include the brand new PJD5132,PJD5134, PJD5232, PJD5234 and PJD5533w. With higher lumens than ever before for this series, these simple to use entry-level models deliver an impressive value. Ideal for everyday use, the PJD5 series offers users several features to choose from, including an assortment of resolutions (SVGA, XGA, WXGA) and connectivity options (dual VGA in, VGA out, s-video, composite video, audio in/out, RS-232), plus HDMI (on the PJD5134, PJD5234 and PJD5533w). As a result, SMBs and home office users can select a quality solution to fit any budget

Price and Availability
All new ViewSonic projectors will be available in North and Latin America and the following prices: