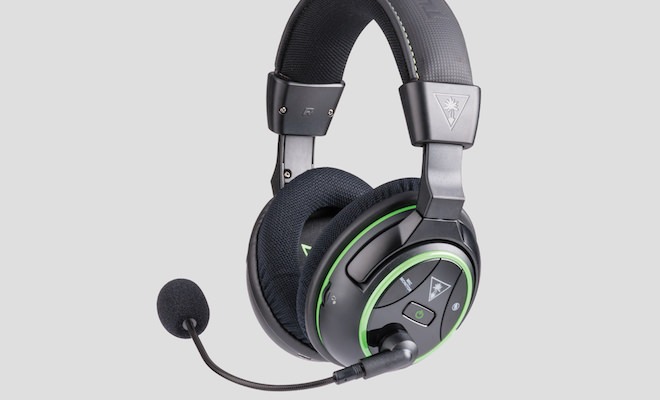 Utilizing immersive DTS Headphone:X 7.1 surround sound and a completely reimagined preset system, players can use surround sound modes that are finely tuned for different types of games, movies and music. For example, the game surround sound mode offers presets that have been acoustically tuned for first person shooter, racing, and sports games. The built-in rechargeable battery provides more than 15 hours of playing time, and new high-performance Wi-Fi ensures an interference-free wireless experience. Swap out the removable microphone for the included mobile cable and use the Stealth 500X as a wired headphone with mobile devices.

Price and Availability
Turtle Beach Ear Force Stealth 500X (model EFS500X) wireless surround sound headset for Xbox One will be available November 4, 2014 for $229.95, although it may get to retail stores sooner.

In March 2014, Turtle Beach launched the first officially-licensed Xbox One headsets on the market, including the XO FOUR and XO SEVEN stereo headsets for the Xbox One, and the Turtle Beach Titanfall Atlas for Xbox One, Xbox 360 and PC. The officially-licensed XO ONE stereo headset for the Xbox One launched in early October 2014.