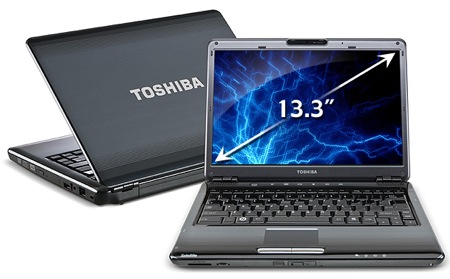 Toshiba’s Digital Products Division (DPD) today announced its support of Intel and WiMAX1 4G wireless broadband technology to deliver extended broadband on-the-go. In support of the launch of the first mobile WiMAX network in the US, and the beginning of a new era of wireless broadband, Toshiba announced the Satellite U405-ST550W laptop PC will be WiMAX enabled to offer users a rich, immersive mobile Internet experience over entire metropolitan areas. The initial WiMAX rollout is within the city of Baltimore.

“WiMAX wireless technology is built for the future,” said Jeff Barney, vice president and general manager, Toshiba America Information Systems, Inc., Digital Products Division. “With the incorporation of WiMAX technology into Toshiba laptops, we are confident we will provide users with the opportunity to explore a new era of wide spread connectivity and productivity.”

“WiMAX is a game-changing and disruptive technology for a world that is rapidly shifting to an unwired, always connected Internet,” said Sean Maloney, executive vice president and chief sales and marketing officer of Intel Corporation. “Intel has worked closely with Toshiba to deliver one of the first and most innovative WiMAX-based laptops based on our Intel Core™2 processors, unwrapping a gateway to new 4G speed experiences.”