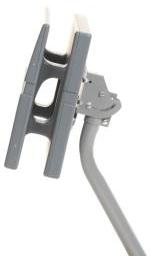 April 23, 2007: ST. LOUIS, MO — Terrestrial Digital President Richard Schneider has announced that his company has seen HDTV antenna sales increase by 100% in April 2007, compared to April 2006. According to Schneider, spring sales are typically not as strong as sales throughout other times of the year.

The past year has marked a noticeable increase in media coverage for over-the-air HDTV which has bolstered awareness among consumers of antennas as an HD programming option. Schneider credits his company’s appearances in Newsweek and on the Today Show, among others, for a portion of the increase in sales.

“We’ve really spent the last two years educating the general public on all of the benefits of using an antenna to get their HDTV,” Schneider said. “As the information has reached them and they’ve had time to process it, we’ve noticed a considerable increase in the number of people with buying interest in our products.”

Schneider also cites a growing dissatisfaction among cable subscribers over poor customer service and product performance. His sales and service staff receive calls and emails daily from former cable subscribers who have decided to abandon digital cable for over-the-air reception.

Among the reasons customers choose antennas, Schneider said, is that they’re simply the most affordable way to receive HD programming. Beyond the cost of an antenna and a digital tuner (which is typically built into newer HDTV sets), users pay nothing for the HDTV programming they receive.

Consumers are also learning there are a lot of differences between today’s digital over the air signals and the analog ones that their dad used to get with his rabbit ears. First and foremost, HD antennas are the only medium that doesn’t compress the digital signal, so they provide the purest high quality HD picture available. And there is no fuzzy reception in HDTV- you either get the picture or you don’t.

Schneider said that many of the networks broadcasting HDTV over the air now provide several channels in addition to their main broadcast channels. These channels provide special programming like 24-hour music or weather, giving over-the-air viewers more options. In some markets, there are as many as 30 available digital channels over the air.

Terrestrial Digital is a St. Louis based manufacturer and distributor of over-the-air HDTV antennas. The company was founded by Richard Schneider in 2003, and has since been widely recognized for superior product performance by a number of industry publications and main stream media outlets. For additional information on Terrestrial Digital, visit www.terrestrial-digital.com.