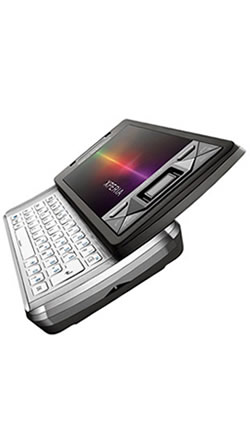 The Sony Ericsson smartphone that has had the mobile phone related forums and blogs literally buzzing since the original announcement over 18 months ago has now finally been released in the UK.

Never have there been so many rumours and estimated release dates to keep the never ending flow of information about the new X1 phone constantly updated, well after months of speculation the Sony Ericsson XPERIA X1 mobile phone has now been made available on O2 pay monthly contract tariffs in the UK.

The Sony XPERIA X1 allows users to enjoy the convergence of communication and entertainment by choosing an experience by simply touching the XPERIA panel interface (touchscreen) whilst the QWERTY keyboard makes writing emails, text messages and documents fast and easy.

With Windows Mobile onboard users can enjoy their favourite entertainment and work efficiently on the move, the Windows Mobile package includes Outlook Mobile and Office Mobile giving instant access to a mobile office anytime.

The Sony Ericsson Xperia X1 features an arc sliding design, a 3 inch wide VGA display screen and a sleek metal casing which gives the handset a premium feel that falls in line with the feature set of this smartphone. The arc slide means that the full QWERTY keypad is revealed whilst the main display tilts for easier viewing.

The integrated touchscreen technology gives quick and easy access to the web, multimedia and applications directly from the phones desktop, this is fully customisable so that the most used features can be set to show on the desktop. 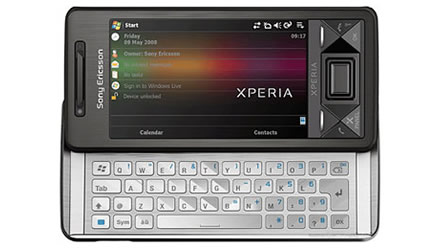 The Sony X1 allows users to interact in numerous different ways, the previously mentioned touchscreen and QWERTY keyboard are accompanied by a four way navigational pad and an optional joystick which allows users to switch between operation modes.

The Xperia also comes with 400MB of internal memory, 256 MB RAM and 512MB storage memory meaning countless documents can be stored and re-addressed when needed. A 3.0 Megapixel camera is complimented by motion sensor & picture editing while the Wi-Fi proves the Xperia is an all-rounder. Sony have captured all the Xperia’s features in a slim body that ensures it has aesthetic & business appeal.

The Sony Xperia X1 is a 3G enabled handset bringing the convenience of broadband internet to this mobile phone, fast data speeds of up to 3.6 Mbit give quick access to a multitude of downloadable content such as news and sports headlines, new music videos and movie trailers.

Utilising a secondary camera the Sony Ericsson Xperia X1 can also make and receive face to face video calls with compatible phones, aswell as audio and video streaming, web surfing, multimedia messaging and email whenever and wherever.

Having conquered the music phone market with their ‘Walkman’ range, Sony Ericsson have now devised this handset that will appeal to the businessman in all of us. The Sony Ericsson Xperia has all the technological advances previously showcased in a BlackBerry, with the in-built Microsoft Windows Office and Pocket Office allowing users to access Word, Excel and PowerPoint documents instantly.

Although initially released on O2 pay monthly contract deals the Sony Ericsson Xperia X1 is expected to be launched by further UK network operators over the coming weeks.