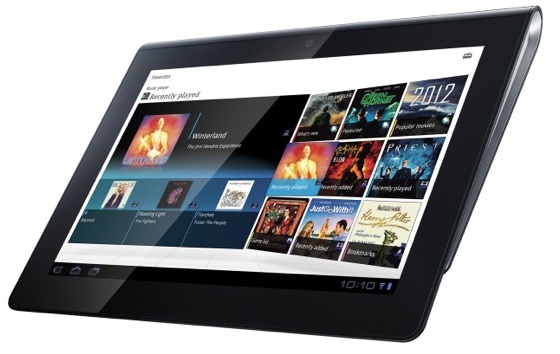 Sony announced its first tablet called the Sony Tablet S (previously known as S1) is available for pre-sale today and will be in stores next month. The Tablet S offers a 9.4-inch touchscreen display, NVIDIA Tegra 2 mobile processor, Wi-Fi (no 3G or 4G), and is powered by Android 3.1 (upgradable to 3.2). It features front and rear facing cameras that allow for video recording and capturing still images and supports micro USB interface and SD card.

Sony says its Tablet devices are distinguished by four key features that set them apart from any other tablets on the market. These include: optimally designed hardware and software, a “swift and smooth” experience, network entertainment services and cross-device functionality.

Unlike other tablet devices, Sony Tablet S device has an ergonomic, asymmetric design which allows it to be easily held or carried for long periods of time. The unique form factor shifts the device's weight closer to your palm, making it feel lighter and more comfortable while reading an e-book or watching a video. The screen is sloped when placed on a flat surface, enhancing visibility and making typing more comfortable. Placing a Sony Tablet S device onto a specialized charging cradle (sold separately) converts the device into a digital photo frame, a digital clock that displays customizable information or chumby with access to over 1,500 fun and entertaining apps.

The Sony Tablet S is with Sony's TruBlack displays which reduce reflection and glare from sunlight or fluorescent light for high-contrast visibility both indoors and out.

Video, music, games and other content can be directly accessed by way of the “Favorites” menu without the need to re-launch any of the respective applications.

Cross Device Connectivity
Control your home entertainment system and enjoy content in new ways. With Sony Tablet devices, you can “throw” personal pictures and video to DLNA compatible televisions such as BRAVIA HDTVs with the touch of a button. You can also throw music to compatible wireless speakers such as Sony's HomeShare speakers. The Sony Tablet S device, which is equipped with infrared technology, can act as a remote control for multiple home entertainment components such as TVs, Blu-ray Disc players, cable and satellite boxes, and more. The built-in Universal remote not only controls your Sony products, but other brands as well. Sony Tablet S device is the world's first Android Tablet running Honeycomb with a built in A/V remote control. Sony Tablet devices are compatible with the Media Remote app which allows you to control Sony devices, including BRAVIA televisions, through Wi-Fi technology. 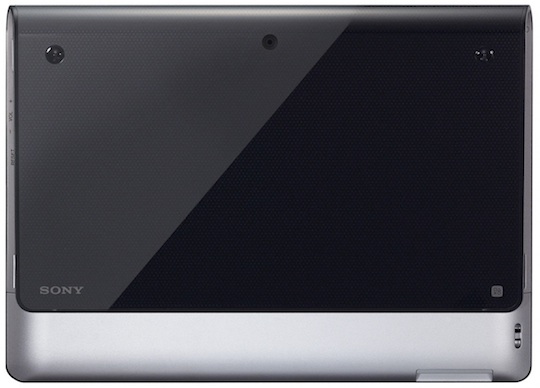