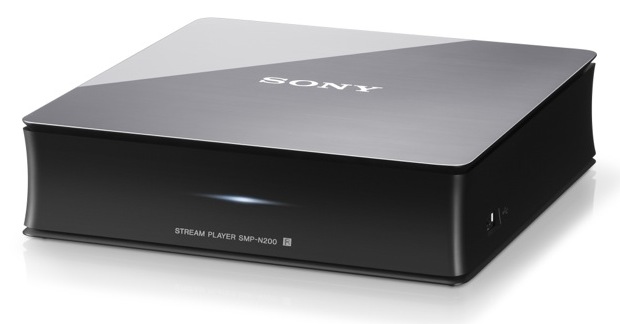 The versatile set-top box delivers a robust line-up of connected services through a variety of connection options, including composite, component, HDMI and WiFi; which gives consumers the ability to upgrade ANY television to a connected television in just seconds.

Compact and stylish to complement any decor, the second-generation Streaming Player uses Sony technology to boost the quality of streaming content for the TV screen. View movies, TV shows, videos and photos on the big screen instead of a PC monitor or listen to music on-demand through a home speaker system with just some clicks of the remote control. With a robust line-up of online movies in HD and 3D, internet radio options and the full array of Sony Entertainment Network (including the Sony 3D Experience), the Streaming Player brings the best of connected television to any screen.

The SMP-N200 also has DLNA capability which allows users to connect and control a network of devices and enjoy music and videos stored on other devices, including a PC or tablet. In addition to the remote control that is included, a free download of the Sony Media Remote app is available for iOS and Android devices, and gives users the option of using a smartphone to control their SMP-N200 Streaming Player.