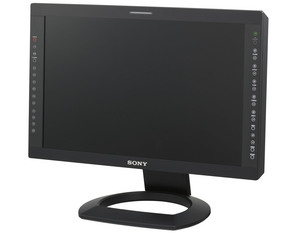 Sony is redesigning its LUMA™ line of professional LCD monitors with the introduction of three new one-piece, widescreen models.

The LMD-2030W 20-inch display (viewable area, measured diagonally) is the first member of the LUMA family with HDMI input connectivity. It is designed for compatibility with HDVa¢ camcorders and decks in portable video production applications such as event videography or on-location shooting.

“High-quality video monitors are just as important in the field as in a high-end studio or post house, whether users are reviewing footage on-the-fly, previewing content for clients or editing video,” said John Kaloukian, director of Sony Electronics’ professional display group. “These new models build on Sony’s experience in developing LCD technology and they represent our ongoing efforts to develop technologies that meet professionals’needs.”

LUMA LMD-2030W
The LMD-2030W model offers significant benefits compared to the PC-type monitors traditionally used in portable video production, particularly its ability to handle a variety of video source signals. This new monitor expands that capability with the inclusion of an HDMI input. It supports composite video, Y/C, RGB, component as standard and DI-SDI as an option.

A multi-display function allows two images from different sources to be displayed side-by-side, and both models can automatically detect an HD or SD source. 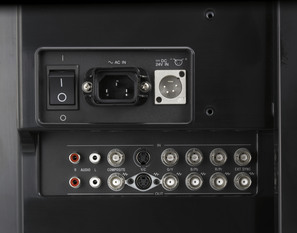 The new monitors can accept multiple sources, including both video and PC (DVI-D and HD15). These models support composite video, Y/C, RGB, component as standard and SDI (D1/HD) as options. In addition to HD15, automatic detection of DVI sources is available as a standard feature.

Offering multi-format signal support and a variety of I/O options, the monitors’ interface allows users to easily adjust contrast, brightness, chroma, and phase. Each of the new models is suitable for AV or IT applications, with an easy upgrade path to HD production.

The three new displays are expected tobe available in May, with suggested list pricing still to be determined.