Sony Ericsson is launching a limited edition Titanium silver C902 Cyber-shot™ phone as used by James Bond in the eagerly awaited QUANTUM OF SOLACE which will be released worldwide November 2008. The new mobile phone will make sure you are ready for any challenge, immersing you into the world of a secret agent with interactive 007 content and a spy-style game.

Sony Ericsson is excited to unveil an exclusive partnership between the Metro-Goldwyn-Mayer Pictures/Columbia Pictures release of EON Productions’ 22nd James Bond adventure, QUANTUM OF SOLACE, and the C902 Titanium silver edition. The phone, as used by James Bond – played by actor Daniel Craig in the new film – will be available for a limited period and include a memory card loaded with a host of 007 content.

Users will get the chance to know exactly what it takes to be a secret agent like James Bond with the first level* of an exclusive pre-loaded spy-style game. In addition, the full colour trailer of the film, behind-the-scenes interviews with the stars and exclusive content such as wallpapers and screen savers will be available on the phone and the memory card**.

The C902 Cyber-shot™ phone is used throughout the film by James Bond to capture evidence and assist the agent on his mission. The 5MP camera, with a unique slide-out lens cover, illuminated touch icons providing quick and easy access to camera options, Face detection, Photo flash and Auto focus enables James Bond to send high resolution shots back to MI6 for quick recognition of his enemies. The phone also offers BestPic™ which allows users to take nine pictures of a moving object simultaneously and choose the best shot to use, plus Picture blogging for uploading photos to blogsites and PictBridge for printing direct to a printer, without the need for a PC or laptop.

In August 2006, Sony Ericsson also teamed up with James Bond to launch the limited edition James Bond Casino Royale silver K800i Cyber-shot™ camera phone and in November 2002 the Sony Ericsson P800 and T68i mobile phones were used by several of the cast in the 20th James Bond film, Die Another Day.

Lennard Hoornik, Corporate Vice President and Global Head of Marketing, Sony Ericsson comments, “We are excited to announce the continuation of our relationship with the James Bond films and unveil James Bond’s new phone for this year – the limited edition version of our C902 Cyber-shot™ phone. With the rich array of content both on the phone and preloaded on a memory card bundled with the C902 Titanium silver limited edition, fans of the secret agent will only get more James Bond with Sony Ericsson.”

The Sony Ericsson C902 Cyber-shot™, – an image and style statement 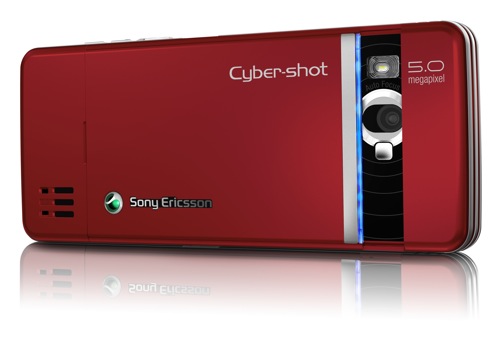