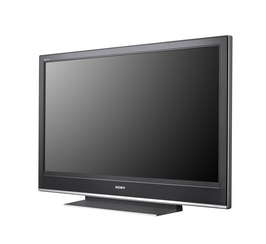 Previously, Sony announced the first of its kind BRAVIA Internet Video Link module that allows for direct television access to Internet video content, including high-definition programming, from providers like AOL, Yahoo! and Grouper, as well as Sony Pictures Entertainment and Sony BMG Music.

The module mounts on the back of the compatible Sony televisions announced today, and connects to the Internet via an existing broadband Ethernet connection without the use of a computer. It provides access to such content as Internet video programs, music videos, movie trailers, user generated videos and RSS feeds — all without any additional charges.

“The new BRAVIA models will soon expand the world of home entertainment with the touch of a button,” said Randy Waynick, senior vice president of the Home Products Division at Sony Electronics. “We are going to be opening a whole new avenue of programming to American consumers, which has been by and large constrained to the PC.”

At the center of the user experience is Sony’s XMB menu system. First featured in the PlayStation Portable and PlayStation 3 video game consoles, the XMB is an icon-based, on-screen menu system that helps easily navigate through program selections, regardless of whether the content is coming over the air, from cable provider, through a satellite service or via the Internet.

Additionally, a feature called BRAVIA Theatre Sync offers a one-button command that integrates the operation of the television with external components connected via an HDMI cable. Through a simple one button click of the remote, users can quickly switch such programming sources as viewing Blu-ray Disc™ players, AV receivers, cable boxes, satellite receivers and other components.

Both of the V-series models feature 1080p input capability via HDMI, as well as PC and HD component inputs. The high-definition component and HDMI inputs are compatible with both 1080/60p and 1080/24p sources.