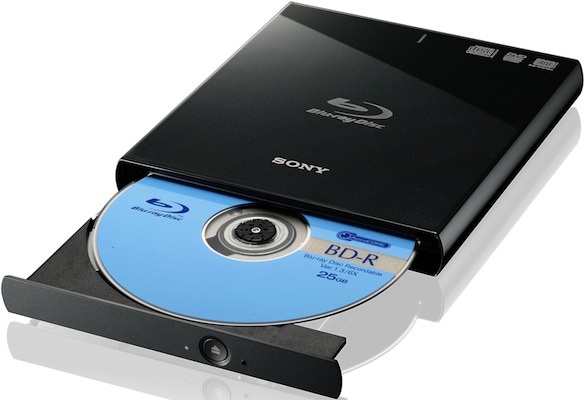 The new BDX-S500U model writes single BD-R media at up to 6X and dual layer BD-R media at up to 4X speeds, recording a full 25GB disc in about 20 minutes. The 6X recording speed is achieved using 6X compatible BD-R media, and one 25GB Sony BD-R blank disc comes included in the retail box. Also included with the drive is CyberLink's Media Suite 8 for capturing, authoring, editing, backing up, viewing high-definition personal content and playing back Blu-ray Disc movies including 3D Blu-ray movies.

The portable drive offers quick and easy connectivity with a high speed USB (USB 2.0) digital interface for simple setup and maximum flexibility. It can be shared between computers for personal video, data, music or image backup, making it an excellent replacement drive for a standard DVD drive while offering all the benefits of Blu-ray Disc technology, including 3D Blu-ray high-definition playback capabilities.

Availability
The BDX-S500U (check price) drive will be available through authorized distributors, resellers and select online sites starting this month. 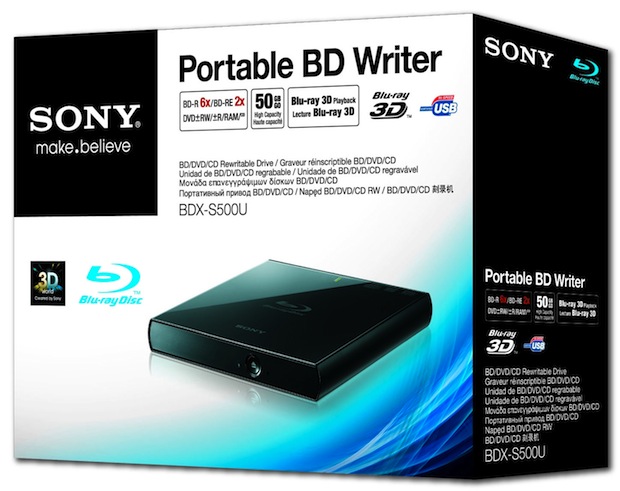