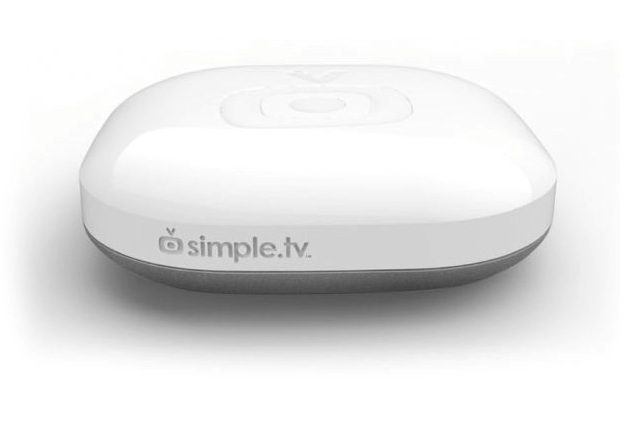 Simple.TV announced the first DVR designed for the connected TV world, bringing live and recorded TV to connected devices both inside and outside the home. Simple.TV turns the iPad, Roku box, Google TV, Boxee Box, or any web browser into a full-featured DVR that is accessible anywhere.

The Simple.TV DVR consists of a high-definition TV tuner that converts broadcast television into streaming MPEG-4 for the most popular connected devices. With the addition of a USB 2.0 hard drive or network-attached storage, Simple.TV users can store thousands of hours of their favorite TV shows and HDTV videos and watch them on their mobile devices or connected TVs.

Unlike most DVRs, Simple.TV has no traditional analog or HDMI video outputs. Once connected to a home network, Simple.TV streams content directly to a web browser or to dedicated applications that users launch on their favorite connected platforms. For users who want expanded features, Simple.TV offers a Premier Service subscription ($4.99 per month) that adds an electronic program guide, automatic TV series recording, in-depth information on content, and unlimited remote streaming for up to five users.

“With its intuitive interface, easy set up, and low cost, Simple.TV is the perfect way to supplement the content consumers are watching on outlets such as Netflix and Hulu while giving them the flexibility to reduce their cable bills,” said Mark Ely, CEO of Really Simple Software, Inc., makers of Simple.TV

“The Simple.TV DVR goes beyond just recording off-air broadcasts by allowing the consumer to stream their TV shows to a plethora of connected devices and smartphones,” said Andy Tarczon, Founding Partner at TDG Research.

Price and Availability
Simple.TV will ship in the Spring of 2012 for $149