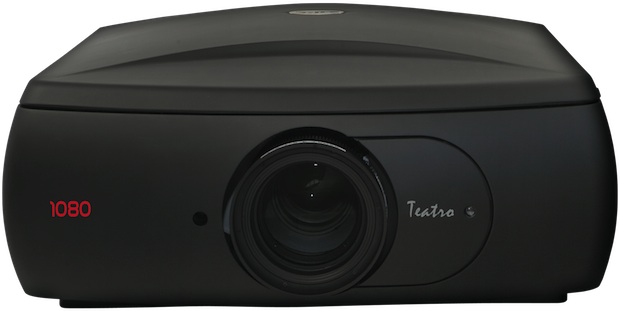 SIM2 announced the Grand Cinema TEATRO 80 projector, an ultra high-end, highest brightness digital DLP projector. The TEATRO 80 uses three 0.95″ DarkChip4 DMDs to generate a picture resolution of 1920 x 1080 pixels (1080p). It is equipped with a renewed optical system that coupled with SIM2's dual-lamp system, delivers a superior contrast ratio of over 7,000:1 and a brightness of 4500 Ansi Lumens for crystal-clear, uncompressed HDTV images.

The finest quality precision glass optics are used throughout the light engine of the TEATRO 80; the clarity, color-uniformity and edge-to-edge focus capabilities of these specialized optical components are vital to the process of producing the breathtaking clarity of on-screen images.

The TEATRO 80 can be connected to a wide selection of video sources via its comprehensive input panel: six pure digital HDCP-HDMI inputs, an array of analog inputs, and professional format digital SDI input. A dedicated 10/100 Mbit Ethernet connector is fitted as standard, allowing the TEATRO 80 to be connected to a LAN network or to the internet. This network connection can be used to remotely control the projector using TCP/IP commands or to feedback projector operating status information.

Pricing and availability has not yet been announced.