“During our extensive testing of five high-end HDTVs we found that the Silicon Optix HQV processors provided major enhancements in picture quality. Their 1080i motion adaptive de-interlacing and scaling is very impressive. In the Jury portion of the tests both novice and expert panelists independently identified picture quality improvements in the HDTVs that were driven by the Silicon Optix processors,” said Dr. Raymond Soneira, President of DisplayMate Technologies.

The awards are based solely on image and picture quality excellence and are recommended as a comparative standard of excellence for consumers, corporate buyers, reviewers, test labs, and manufacturers alike. DisplayMate is an industry standard used by over 200 publications in 50 countries for testing and evaluating video hardware. 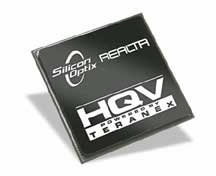