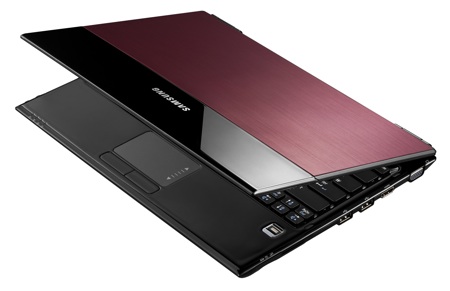 AuthenTec (NASDAQ: AUTH), the world’s leading provider of fingerprint sensors and solutions, announced that its small form factor AES1610 is integrated as a standard feature on the first Samsung consumer notebook to leverage the convenient security of fingerprint biometrics. Powered by Intel’s Centrino 2 processor technology, Samsung’s ultra-lightweight X360 combines the capabilities of a fully-featured multimedia PC with enhanced mobility and security, leveraging the Power of Touch features offered by AuthenTec’s AES1610 sensor.

“We created the X360 to push the boundaries of form and function to deliver a small and lightweight portable without compromising features or user functionality,” said HS Kim, Executive Vice President of Samsung Computer Systems Division. “One key feature we wanted to add to the X360 was highly convenient security, which is why we chose AuthenTec’s proven AES1610 fingerprint sensor to ensure that data and personal information on this ultra-lightweight PC is always fully protected.”

“Samsung’s X360 is an impressive and lightweight new notebook, and we’re pleased that Samsung recognized the strong value our sensor brings to their first fingerprint-enabled consumer notebook,” said Tom Aebli, AuthenTec’s VP of PC Products. “Our small AES1610 sensor has earned the trust of millions of PC users around the world, and we’re pleased that Samsung is now adding this multi-function device as a standard feature.”

Samsung’s X360 weighs in at a scant 2.8 pounds and is the lightest notebook in its 13.3-inch class. Unlike the claims of some other “light” notebooks, the X360 is fully featured without compromise, including 3 USB ports, a built-in HDMI (High Definition Multimedia Interface) connection, a 34mm express card slot and VGA output. The X360 will be available from September this year in European countries including UK, France, Germany, Spain and Italy, and also in Russia, China and Hong Kong.

AuthenTec’s AES1610 is one of several small form factor sensors that the company now offers for the PC and wireless markets. Since the introduction of its first small form factor sensor in 2005, AuthenTec has sold more than 12 million such devices, or nearly a third of the Company’s industry leading 40 million total sensors shipped. Millions of today’s PCs depend on the AES1610 to enable Power of Touch™ features of security, convenience, personalization, and navigation.

Based on the Company’s patented TruePrint technology to deliver extremely accurate and reliable fingerprint imaging, the AES1610 reads below the surface of the skin to the live layer, where a person’s true fingerprint resides. This subsurface approach enables AuthenTec sensors to overcome common skin surface conditions to read virtually every fingerprint, every time. TruePrint also allows AuthenTec to provide the smallest sensors on the market, yet provide all the security, privacy and convenience afforded in its larger form factor devices.