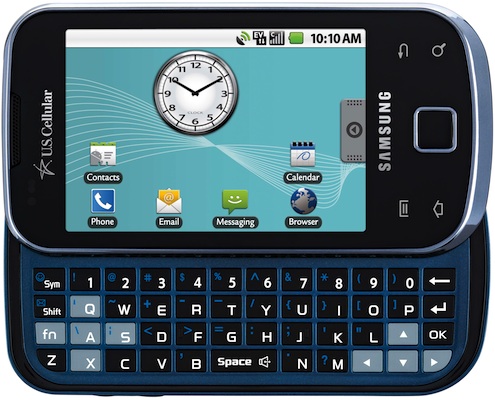 The Samsung Acclaim's brilliant display incorporates specially designed widgets that allow users to customize and personalize their phone, with instant access to their favorite functions. The 3.0 megapixel camera and camcorder on the Samsung Acclaim feature an LED Flash and Auto Focus and comes standard with a 4 GB microSD card included (supports up to 32GB of external memory) to instantly capture and store all your favorite moments. 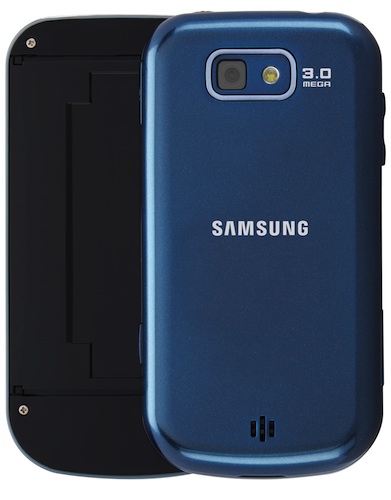 The Acclaim's slide-out QWERTY keyboard makes it easy for users to quickly send text and picture messages to their friends or post messages to their favorite social networking sites, including Facebook®, MySpace® and Twitter. The Acclaim will be pre-loaded for U.S. Cellular customers with applications such as My Contacts Backup, City ID, Tone Room Deluxe and Your Navigator Deluxe, U.S. Cellular's free voice-prompted turn-by-turn navigation system.

Ideal for the consumer on-the-go, the Samsung Acclaim is equipped with stereo Bluetooth® capabilities for seamless hands-free communication and is compatible with Virtual Private Network (VPN) for easy access to company records and information. The Acclaim also offers advanced features to auto sync your e-mail and contacts while managing both personal e-mail and corporate e-mail through Microsoft Exchange.

“We are excited to deliver this cutting-edge technology,” said Edward Perez, vice president of sales and marketing operations for U.S. Cellular. “Many of our customers lead busy lifestyles, and the Acclaim is the perfect device for multi-tasking while staying in touch with family and friends.”

Key features of the Samsung Acclaim include:

The Samsung Acclaim will be available July 9 for $99.95 after mail-in rebate at U.S. Cellular. Customers who purchase the Acclaim will receive a $20 gift card to use towards applications in the Android Market.