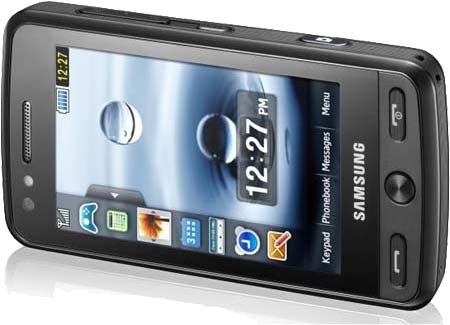 The mobile phones manufacturer Samsung has now joined the likes of LG and Sony Ericsson by releasing the new 8 megapixel Samsung Pixon phone on O2 in the UK.

This is a huge leap forward in mobile technology as up until these latest handset launches the highest specification camera lens available from a mobile phone was just 5 megapixels, this new breed of camera focussed phone will have even the professional photographer wondering why they are taking more than one device with them when leaving the house.

The M8800, referred to as the Samsung Pixon in some circles and the Samsung Bresson in others, is a remarkable piece of mobile technology. Not only does it offer an 8MP autofocus camera but it’s also a very sleek piece of kit. A 3.5G device, the Samsung M8800 Pixon is just 13.8mm thick and set to rival the likes of the LG Renoir and Sony C905 Cyber-shot phone.

The camera has been boosted with not just autofocus functionality but camera geotagging, auto panoramic shots, face detection (as well as smile and blink detection, what next?) and advanced shake reducution. There’s a secondary videocall camera, which lets face it was practically a dead cert and the video player support DivX and XviD playback. And when it comes to reviewing saved photo’s all you have to do is tilt the phone to go to the next picture.

A widely supportive music player, you also get the full benefits of a Surround Sound System and 200MB internal memory with additional optional expansion up to 8GB. The 3.2 inch touchscreen comes with a built-in accelerometer and the Samsung Pixon offers global roaming with quad band GSM support and tri band 3G with HSDPA, although no WiFi capability which is a real shame.

Other points to feature are that the Samsung Pixon comes with integrated GPS and AGPS functionality, FM radio with RDS and TV Output. Talktime is about 3.5 hours but on standby you should manage a substantial 290 hours. With the recent successes of the Samsung Tocco and Samsung i8510, it looks like its going to be a very good year for Samsung.

Although initially released on the O2 UK network it is expected that the Samsung Pixon will be launched on further operators in the very near future as well as on Pay As You Go and as a SIM free mobile phone.

The Samsung Pixon represents the very latest in mobile technology that the manufacturer has to offer, as more and more high specification features are bundled into their latest handsets it makes you wonder just how long it will be before consumers start to forget about standalone products such as digital cameras and MP3 players.